Nothing is ‘Standard’ About These Valuations

There have only been three times in U.S. history when stock valuations bounced three standard deviations off the lows. The 1920s, the 1990s and the 2010s.

The 1920s ended with the 1929 stock crash and a four-year bear that eviscerated 90% of wealth. 90% losses. Meanwhile, the 1990s culminated with an epic bursting of tech stock mania, where the Nasdaq 100 (QQQ) plummeted 80% over two years and nine months.

It is also worth noting that the absolute valuation level itself is three standard deviations above the mean. The “3-sigma” occurrence is so rare, the only other time that it happened was during the 2000 stock bubble. Back then, the S&P 500 eventually tumbled 51%. 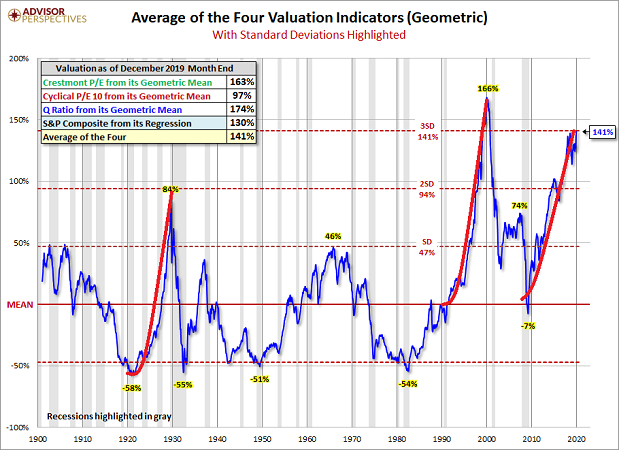 Just 5 Stocks Control the Market
Sitting on Stacks of Cash