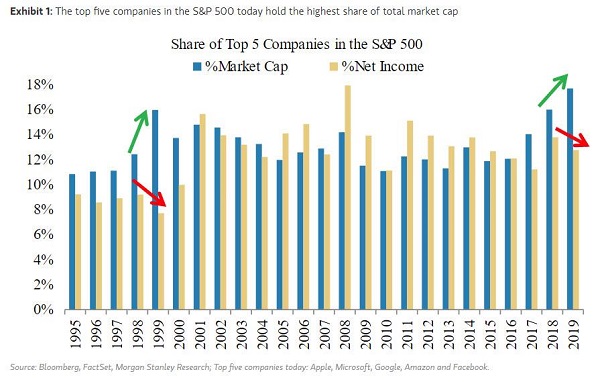 Yet the more things have changed, the more they’ve stayed the same. In the year leading into the bursting of the 2000 stock bubble, the five largest companies share of the S&P 500 pie had reached an epic percentage peak, while the net income contribution began to shrink. In 2019, we witnessed the exact same phenomenon. And by 2020, the top 5 stocks have hit 19% of the S&P 500’s market capitalization. 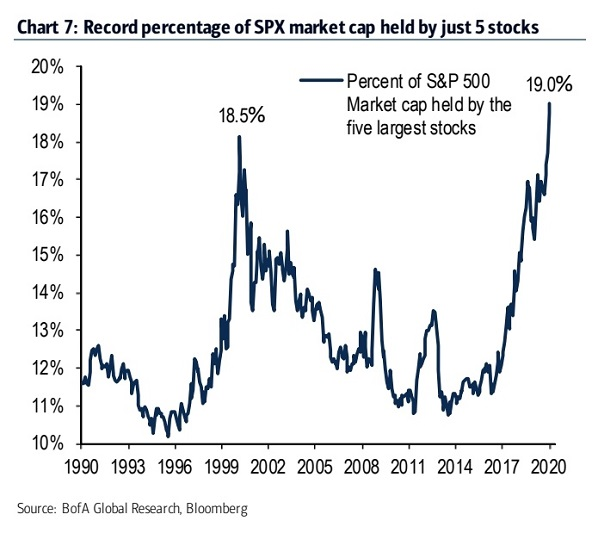 Dude, Where's My DPI?
Nothing is 'Standard' About These Valuations