A Pause Is Not A Pivot

In recent weeks, investors have pushed S&P 500 stocks 11% up off their lows. That is a pretty solid, albeit standard, bear market bounce.

Some believe that the bounce will usher in the beginning of a brand new bull market. Is it possible? Sure. Is it likely? Not at all.

For one thing, the entire bull market thesis rests on the notion that inflation has peaked, and that the data will continue supporting an eventual pause to Federal Reserve rate hiking.

Unfortunately, a pause is not a pivot. The Fed slowing its rate hikes or refraining from further rate increases does not equate to boat loads of imminent stimulus.

On the contrary. The Fed may need to keep tighter financial conditions for far longer than anyone can currently envision.

According to Rob Arnott of Research Affiliates, when the US inflation rate sits above 6% for 12 months, and above 8% for six-plus months, the median number of years to get inflation back under 3% is 10 years. That kind of possibility does not support the Fed pivoting to rate cuts and digital money printing (i.e. “quantitative easing”) anytime soon.

Nearly all previous bear markets witnessed the worst of their bear market losses AFTER the Fed “pivoted” to lower rates and stimulus. Specifically, the 1973-74, 1981-82, 2000-02, and 2007-09 bear markets picked up steam AFTER the initial rate lowering activity by the Fed. 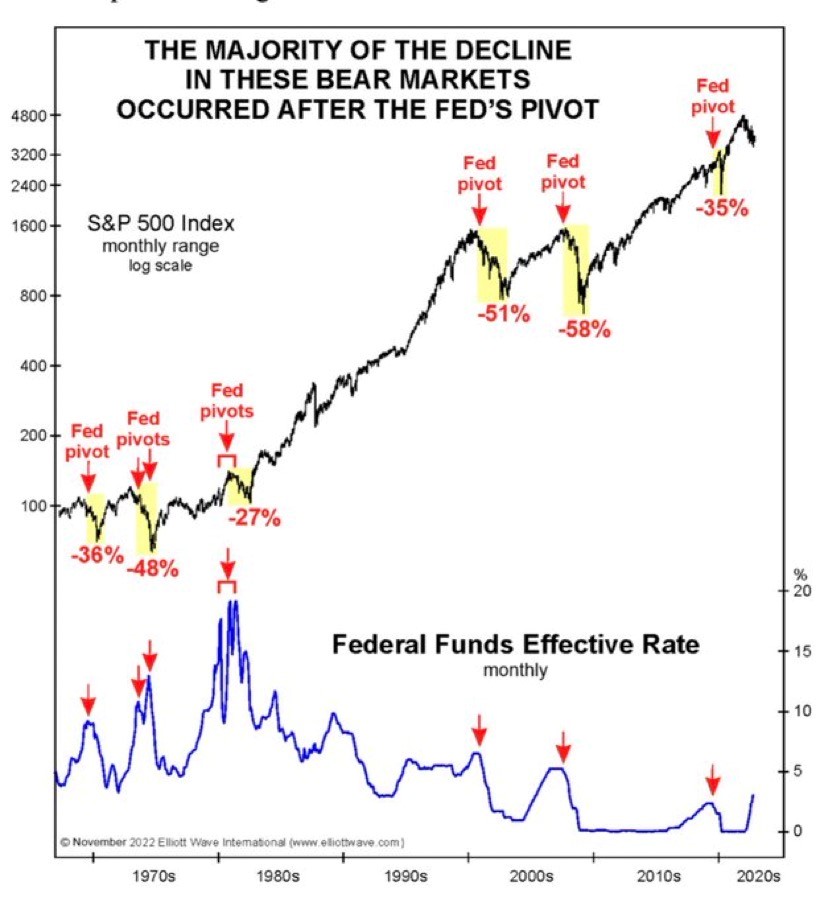 In other words, investors may wish to be careful what they wish for.

Additionally, it is worth noting that one of the largest drivers of stock price gains come from corporations buying back their own stock. Yet, stock buybacks have slowed considerably in 2022. 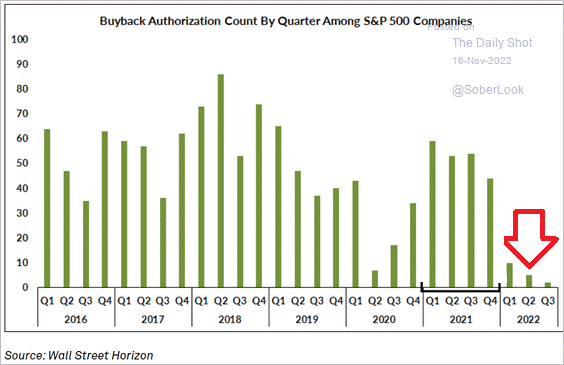 More central bank easing may be the investor hope. However, absent definitive recessionary pressures, the Federal Reserve is more likely to sit on its collective hands.

According to Lance Roberts at Real Investment Advice, forward estimates declined -20% during every prior recession. This sort of change to the valuation landscape would almost assuredly drag stock prices lower with it. 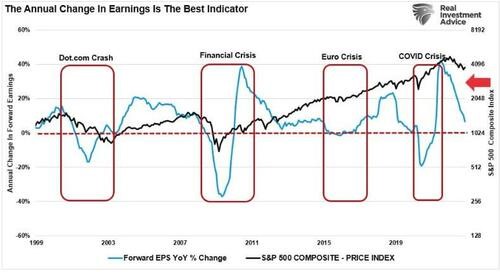 An eventual pause by the Fed in the months ahead may have a different sort of benefit, though. A decline in the U.S. dollar relative to precious metals and foreign currencies. That’s because the rest of the world may still be tightening when the U.S. is “pausing.”

Both gold and silver seem to be forming a bottom. That “bottom” would likely hold if the Fed pauses sooner rather than later.

In sum, we have seen the enthusiasm for stocks whenever there is a hint of a Fed pause. And while a Fed pause is rapidly approaching, investors would be ill-advised to look upon the restrictive monetary environment as one that is favorable for risk assets.

The best opportunities will come in the earliest stages of an employee-related recession. When unemployment has moved significantly higher, there will be more sellers of stocks, bonds and real estate than there will be buyers.

That time has not yet arrived.

The Next Leg Down