Has the Market Already “Priced In” the Worst?

Scores of commentators have been trying to persuade the investing public that stocks are “on sale.” After all, the S&P 500 is roughly 23% lower than it was at the start of 2022. Might that imply that one can pick up a large company index fund at a bargain price?

Not exactly. A majority of valuation metrics still suggest that, historically speaking, stocks are expensive. 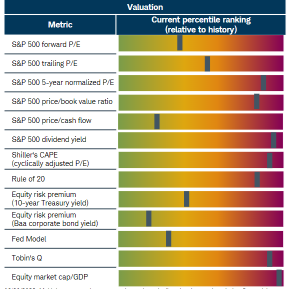 Some metrics are notoriously flawed. For instance, the Forward Price-to-Earnings (P/E) ratio attempts to look at today’s price as it relates to corporate earnings per share 12 months from now. Unfortunately, earnings projections have yet to “price in” the probability of recession. The result? The value of the Forward P/E is going to be higher than what current data suggest. 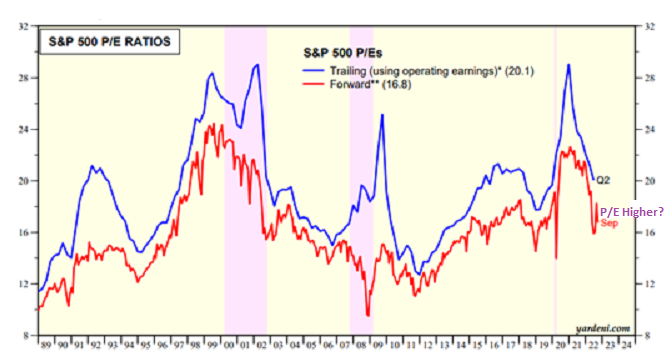 Indeed, the number of negative pre-announcements — guidance suggesting that earnings per share (EPS) for corporations will come in lower than current estimates — hit a dubious record in August. 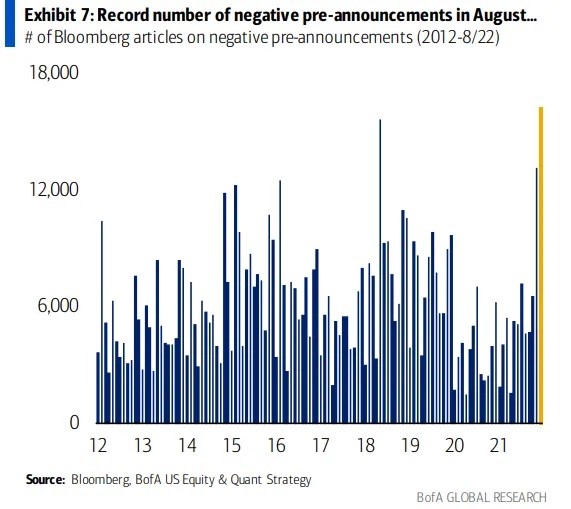 To add context, consider the reality that earnings per share (EPS) tend to fall 20%-25% in a recession. Yet analysts have yet to “price in” any meaningful decline in EPS for the S&P 500, as though recessionary pressure will be avoided altogether.

The lack of foresight does not mesh with the The Conference Board’s Leading Economic Index (LEI). The LEI has fallen by 1% over the past year and it has contracted for six consecutive months. According to Liz Ann Sonders at Schwab, the LEI has never experienced a losing streak of six months or longer without being in, or rapidly approaching, a recession.

Granted, investors report feeling horrible about stock market prospects. However, they have yet to capitulate to those concerns by selling their stock holdings in droves.

A quick peek back at the tech wreck (2000-2002) and the financial crisis/Great Recession (2008-09) demonstrate how equity outflows typically pick up steam in a stock bear. (See the light blue line in the chart below.) Here in 2022, however, significant cash-raising capitulation has yet to occur. 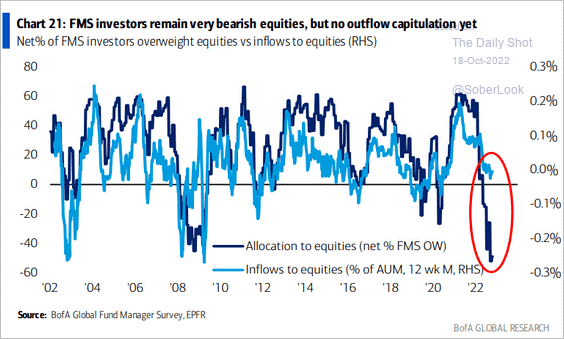 One of the reasons that stocks are still hanging on? A belief that the Federal Reserve will soon need to pivot from rate hikes to rate cuts.

Yes, the Fed is almost certain to change course. Eventually, they will declare some sort of victory over inflation (real or imagined), then describe economic weakness as the greater evil.

It follows that the Fed will not throw in its inflation-fighting towel until there’s more evidence of financial stress and economic hardship. As financial stress increases, and as recessionary pressures become more onerous, stock prices will fall further.

The good news? The day will come when the markets will have “priced in” the worst. For most folks, that day cannot come fast enough.