Nobody Knows How the Real Estate Bubble Will Play Out

Look no further than how much one would need to pay in rent to be equivalent to his/her current cost of home-ownership. That is what Owner’s Equivalent of Rent (OER) tells us.

When the spread between the Home Price Index (HPI) and OER reached a staggering 39.4% back at the start of 2007, then subsequently reverted back to 0% in 2011, the outsized 2007 spread was universally labeled “peak housing bubble.”  Here in 2022, the spread between HPI and OER is an unfathomable 63.2%. 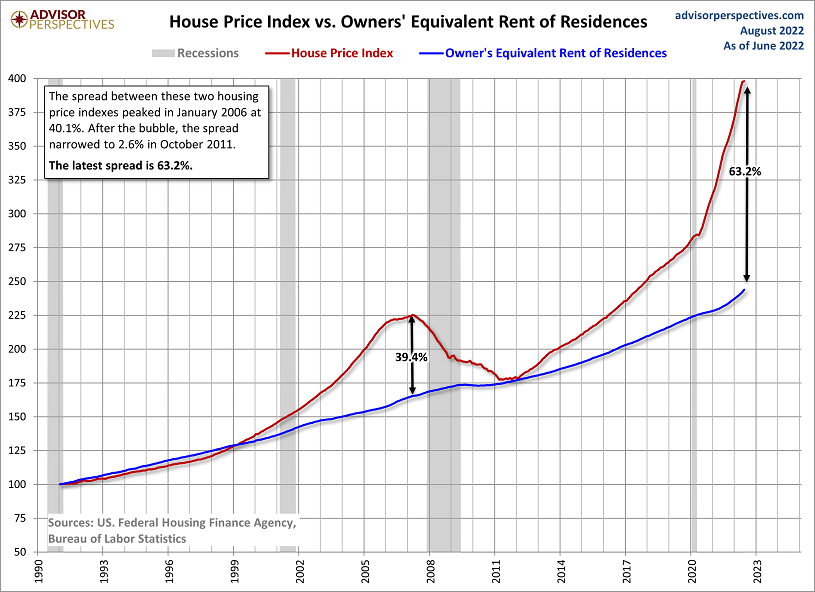 So there’s really no debate about the bubble’s existence. There is a debate, however, about whether home prices will fall dramatically or merely flatline for a period of time.

Those who support the idea that housing will hold its value talk about how homeowners are currently on sound financial footing. They have extremely low rate loans that they can manage. Other debts are manageable as well. And the available inventory for new prospects to choose from is decidedly low.

Granted, these may be genuine positives for sustaining current home prices. Yet, what little inventory exists, properties for new homeowners have rarely been less affordable. In fact, the affordability crisis dwarfs the circumstances from 2007-2008. 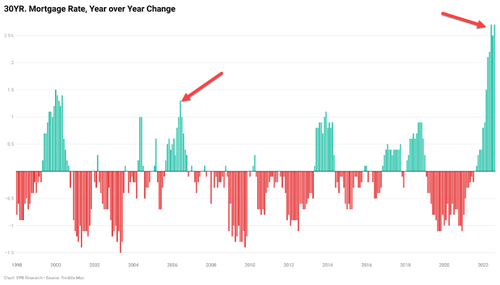 So the buying pool is dwindling dramatically. And it may dwindle more with a Federal Reserve that intends to keep rates higher for longer.

We can already see the affordability crisis and its adverse effect on home sales. The pace of homes sales has dropped off a cliff, and emulates what occurred in 2006-2008. 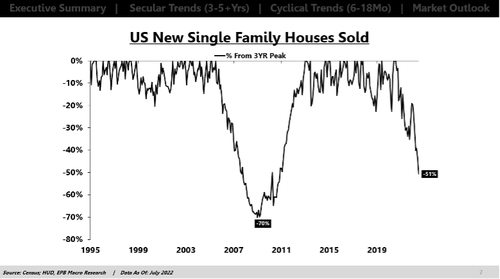 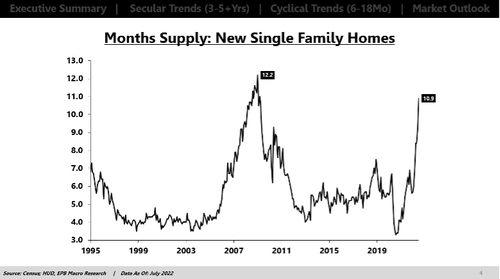 If there is no need to sell, though, households have alternatives to dramatically discounting their ‘asking prices.’ Some evidence shows that homeowners may choose to manage the circumstances rather than sell in desperation. (See chart below.) 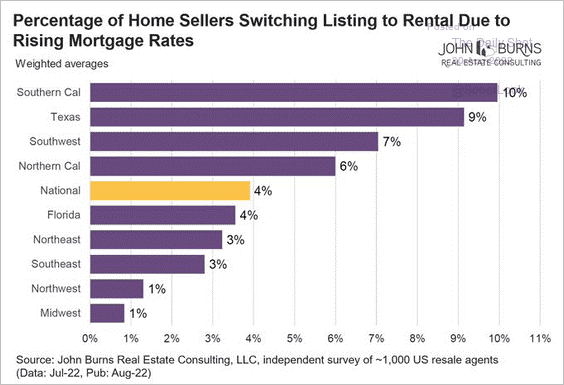 The fact that households currently can “hang on” does not mean they could do so if a recession caused a meaningful change to the unemployment data. In essence, if millions lose their jobs, many will find themselves needing to sell property quickly. That is one path to eventual declines in the home price index.

Here’s another: The 2-year 40% spike in home prices (2020-2022) partially resulted from mammoth increases in the money supply. The Fed manipulated mortgages down below 3% as well as created trillions of electronic dollars that eventually found their way into every imaginable asset; real estate topped the list.

Now, however, the Fed’s battle against inflation has pushed 30-year mortgages up from the 3% level to the 5%-6% range, creating an affordability crisis in residential real estate. In a similar vein, there may be consequences for a reversal in the money supply (M2). Not only has the Fed terminated new digital dollar creation, but it is currently on a course to remove digital dollars from the financial system. 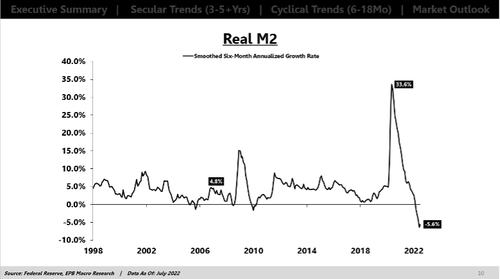 It follows that a number of things could force home prices lower. First, the possibility that the Fed would keep rates higher for longer would continue to price new homebuyers out of the market altogether. Second, the higher rates, coupled with the removal of liquidity from the financial system, may result in millions losing work and subsequently needing to sell their homes. Third, if the Fed’s removal of liquidity is harsh enough, there could be a liquidity crisis as well as widespread layoffs that force households to sell in distress.

Having said all that, the muddle-through path remains alive and well. Households with existing 3%-4% loans may be able to delay plans to move or even rent their homes. A buyer’s strike might be met by an equally formidable seller’s strike; home prices might not move meaningfully in either direction.

In other words, the housing bubble may not burst.

The stock bubble is a different story. The bear market has already seen 25% top-to-bottom declines (Phase 1), as well as a 15% recovery off the lows (Phase 2). Considering the Fed’s resolve to eradicate inflation, it is hard to see a path where we avoid a re-test of the lows; it is difficult to fathom a path where a Phase-3 washout does not become the reality for the highly liquid equity markets. 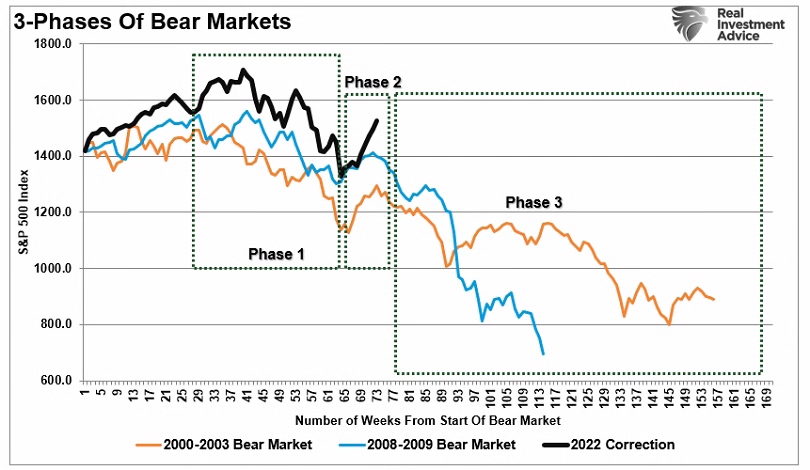 The Worst Is Not Yet Behind Us
Capitulation?