U.S. financial conditions are the easiest that they’ve ever been. At least according to an index created by Goldman Sachs.

In essence, the index assesses things like credit spreads, borrowing costs, exchange rates and interest rates. The verdict? Financial conditions in the United States have never been looser. 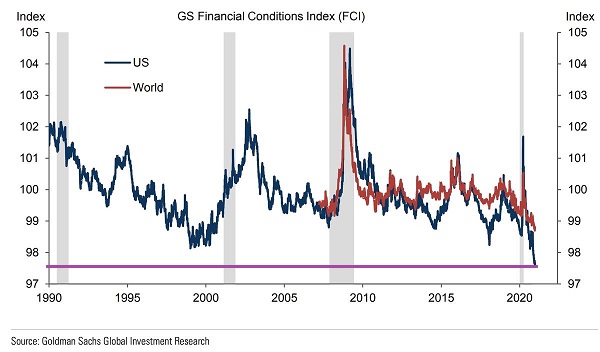 Interestingly enough, the chart demonstrates a remarkable correlation between the easiness or tightness of financial accommodation and the bullishness or bearishness of stock market direction. For example, the 1990s represented one of the longest bull market streaks in American history. Financial conditions eased throughout. The same was true for the 2010s.

Now let’s look at the monumental bearish stock collapses that occurred. The 50% bear mauling from 2000-2002 witnessed increasingly tighter financial conditions. The same can be said for the 2008-2009 financial crisis. Even 2020’s bear scare witnessed a remarkably quick tightening spike.

It follows that committee members on the Federal Reserve as well as leaders in federal government have come to believe that never-ending financial stimulus is a panacea. And, by extension, if people’s asset price gains make them feel wealthier, then they will spend more in the economy.

The problem that policymakers refuse to address? The price being paid for the privilege of stock ownership has stopped making sense.

Across a broad range of metrics (e.g., market cap to GDP, PE10, price-to-sales, Tobin’s Q, etc.), subsequent 10-year returns range from an annualized 3% to -3%. Either the metrics have been rendered meaningless or the investment community may eventually rethink its premises.

When the only things people wish to talk about are disruptive technologies, bitcoin and home price gains, the top may not be far off. In contrast, an eight-year bear for commodities has likely run its course because “stuff” is coming back into vogue. 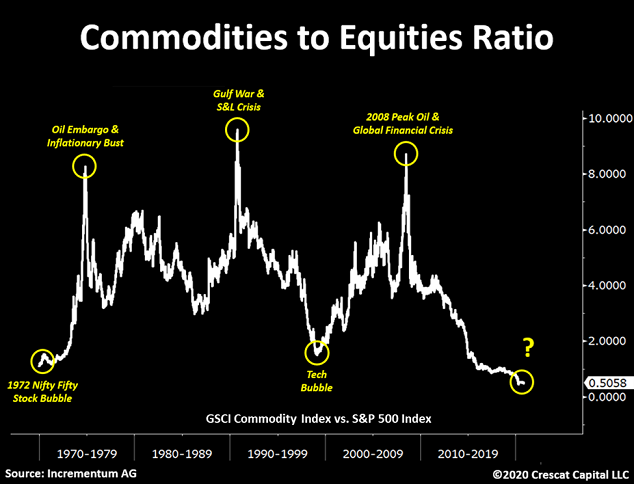