Few financial commentators were talking about the stock market falling nearly 20% in the first five months of 2022. And now, the very same folks are telling you that we cannot be that far from the bottom.

Even if the S&P 500 falls 30% before bottoming, they surmise, we’re two-thirds of the way there already. Silly to sell now.

However, hyper-valued stock bubbles are more likely to revert to mean valuations than they are to go from extremely overvalued to modestly overvalued. That is why the S&P 500 experienced 50% losses in the 2000-2002 bear, while the Nasdaq witnessed 75% losses. 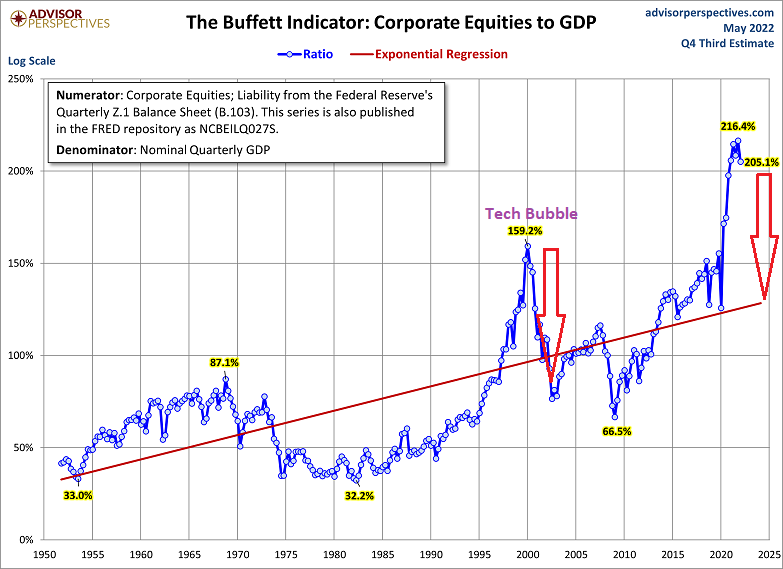 Soooooo… let’s do some math. 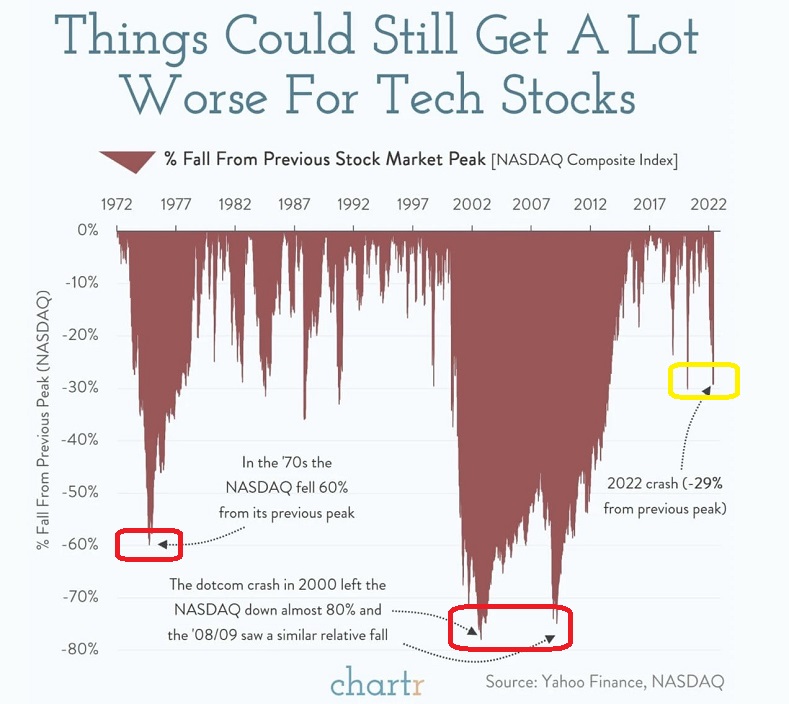 Well that’s just tech, some argue. What about the broader S&P 500?

Granted, the bear market would have to be particularly brutal. And stock bubbles do not always burst in spectacular fashion. Sometimes, they simply lose a bit of air.

Nevertheless, the major indexes are still “catching down” to the average stock within those indexes. It is difficult, if not impossible, to believe that there won’t be more pain ahead.