Leverage has been cooling over the last few years, but that hasn’t stopped the S&P 500. At least not yet. 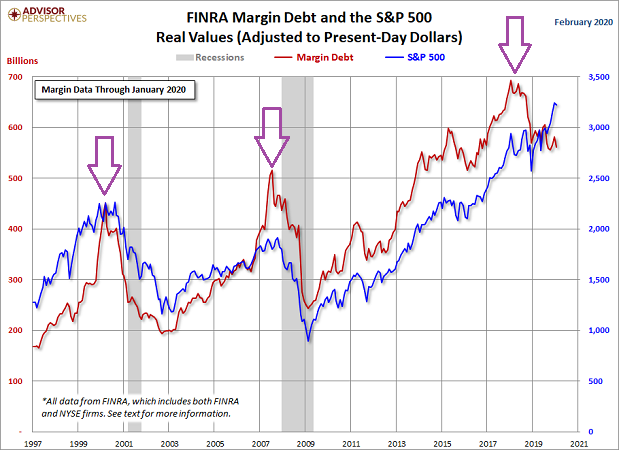