The U.S. economy surged throughout the 1920s. With World War I in the rear-view mirror, consumers spent feverishly on autos, electrical appliances and movies.

With the threat of coronavirus fading in 2021, might we be witnessing yet another Roaring Twenties? After all, households are buying Teslas, smartphones and streaming services by the bushels. 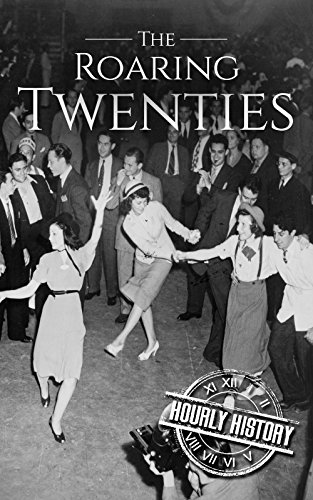 One problem with the comparison is that present-day prosperity comes from borrowed dollars. That was not the case in the 1920s.

How different is it? U.S. debt as a function of the economy (GDP) in the 1920s was negligible, whereas debt-to-GDP in the 2020s is astronomical. 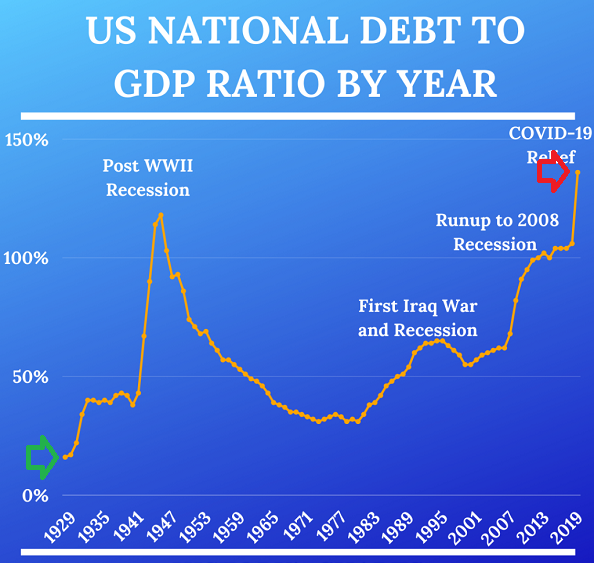 Today, the U.S. must borrow an ever-increasing amount of dollars to produce a single dollar of economic growth. Unless interest rates can be manipulated lower indefinitely (Hint: They cannot), economic well-being will not be sustained. 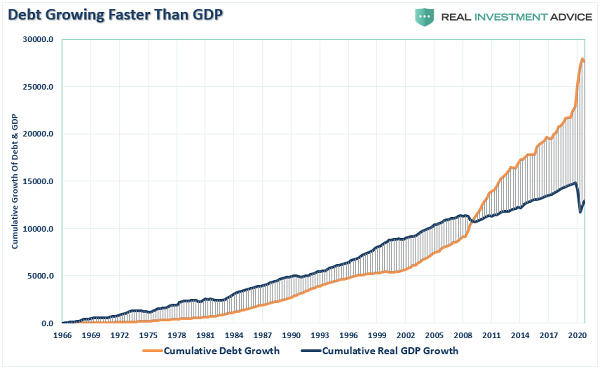 Not surprisingly, these issues become parcel and part of the stock market.

Consider Warren Buffett’s preferred measure of stock market value — market-cap-to-GDP. The percentage rose from 25% at the start of the 1920s before hitting 100% at the height of 1929’s stock market insanity. (The 1929 stock market crash ushered in the Great Depression shortly thereafter.) 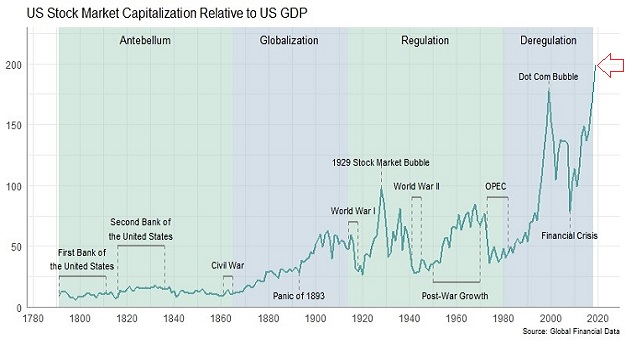 The implications are profound. For example, most stock market booms began when market-cap-to-GDP was relatively low. The 1920s, 1950s, 1980s, and 2010s all provide perspective.

In contrast, we are currently experiencing the most overvalued stock market in history. Not just on the market-cap-to-GDP metric, but on a wide variety of valuation metrics. 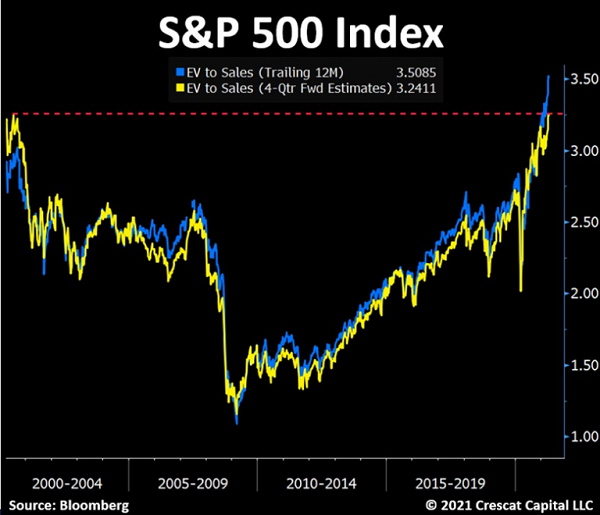 Technical analysis also suggests stocks are cruising for a bruising. Rare is the case where one will find 17% of the S&P 500’s market cap having surpassed overbought, relative strength levels (RSI). 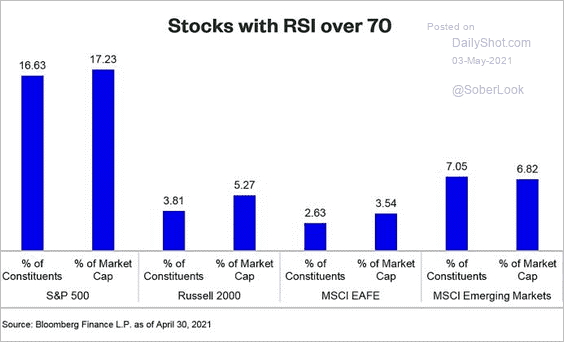 As if the fundamental and technical warnings were not enough, we also have specific bubbles all across the financial landscape. Ethereum? Regardless of whether you believe this particular crypto is a legitimate store of value, parabolic moves are emblematic of late-stage mania. 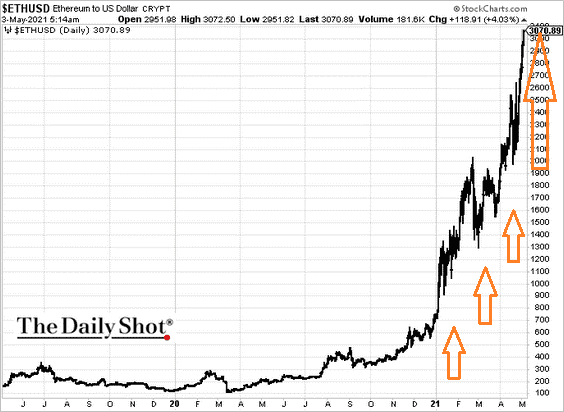 What’s more, peak equity allocations at households have a strong correlation with impoverished 10-year returns. And right now, there is more household wealth tied to future stock market performance than ever before. 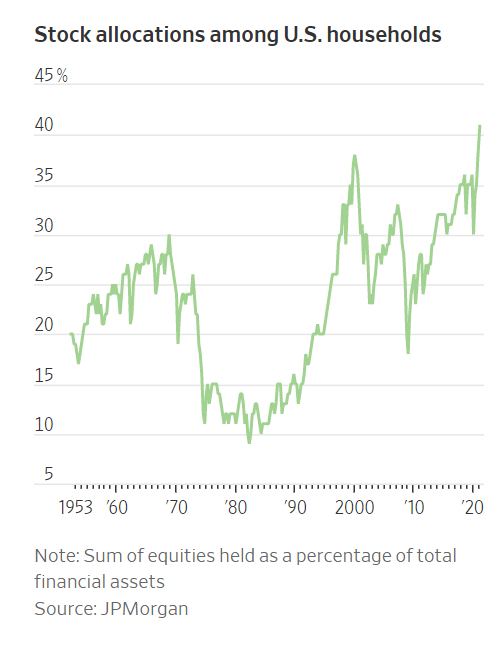 So is it likely that we will party for a decade like they did during the Roaring Twenties? With stock gains bolstering the “wealth effect?” So that U.S. denizens can embrace their ravenous consumption habits?

Speculation may be raging due to ridiculously easy financial conditions and untoward leverage. Yet investors are currently taking obscene risks for the rewards they dream about. Like picking up quarters or “dogecoins” in front of a freight train.

Can You Spare An Inflation-Adjusted Dime?
The Prices Are Not Alright