Which is Better for Inflation… Stocks or Commodities?

The craziness is hardly confined to traditional Wall Street assets, however. Day-trading teenagers with social media cache are getting “rich” on digital NFT Nike art and Ethereum crypto.

Blockchain love notwithstanding, you rarely see the overall equity allocation across all financial assets as high as 50%. It happened during the tech bubble at the turn of the century… right before the stock market collapsed. It’s happening again now. 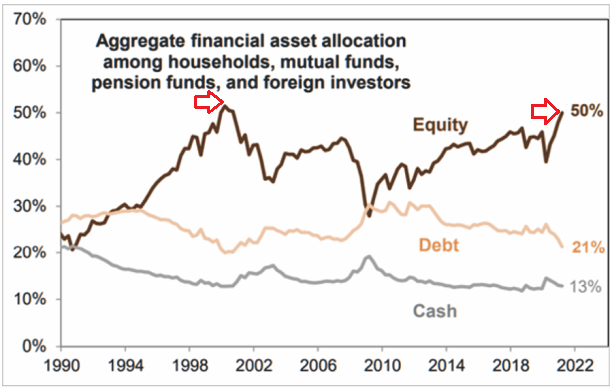 Apparently, there’s no fear. Not even at corporations. They have returned to buying back shares of their own stock in record amounts. 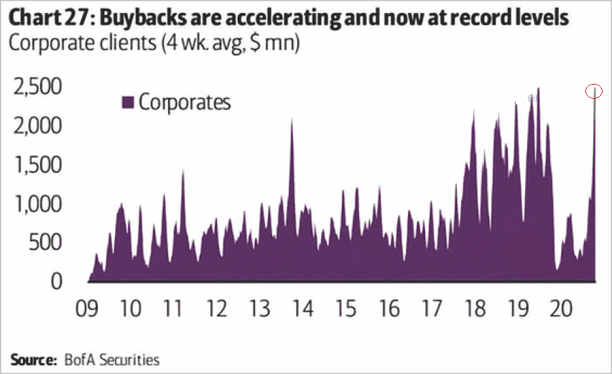 The 2020 pandemic and concomitant recession did not flush out the excess the way that recessions typically do. On the contrary. It was the first recession in the history books where stock prices rocketed to even nuttier all-time highs.

We have government deficits, central bank money printing and debt monetization to thank for it all. Still, does anyone truly believe that rate manipulation and dollar creation to finance debt-binged excess will be free of consequence?

Inflation is a consequence that leaders continue to downplay. Massive fiscal deficits that go directly into the economy — unfunded tax cuts, unfunded fiscal spending on Covid-relief and infrastructure — is pushing money directly into the broader money supply. That’s inflationary. 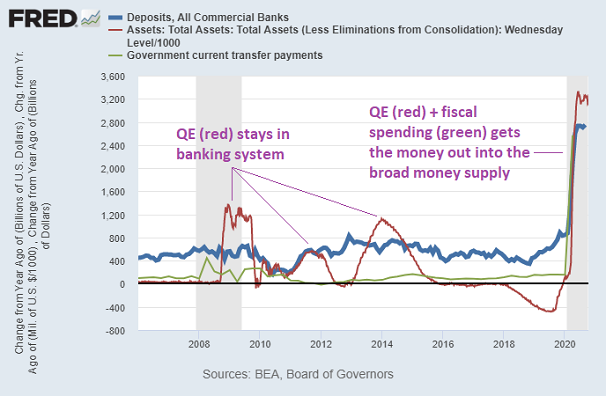 The red and green lines in the chart above tell the tale beautifully. Printing dollars digitally to buy assets (a.k.a. “quantitative easing” or “QE”) is not necessarily inflationary because the money stays inside the financial system. Yet once governments go overboard with spending projects and consumer stimulus, the purchasing power of dollars erode rapidly.

Don’t believe inflation is an issue? Get used to headlines like the one today from Kimberly Clark. (Diapers and tissue paper are hardly the only thing that will cost a heck of a lot more.)

For stock bubble deniers who ignore inflation, they might want to revisit periods in U.S. history when inflation ran rampant. That would be the 1910s and the 1970s. 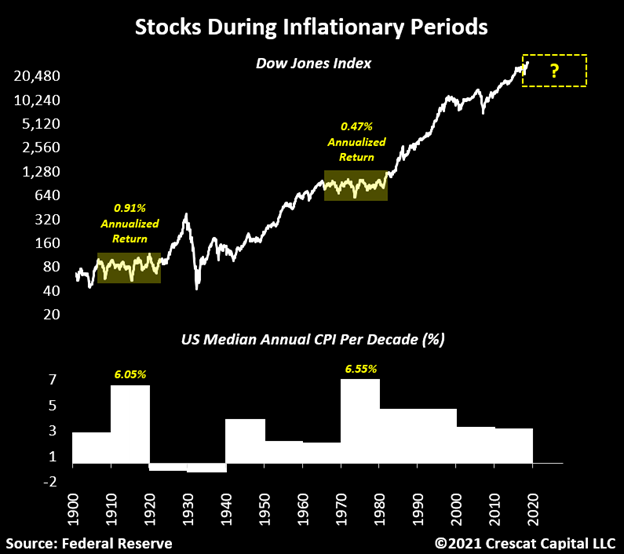 The news for investors is not entirely bad, though. Commodities were big time price gainers during the 1910s and 1970s.

In Excess
The Less Profitable, The Better?