Betting the Farm on the Fed

According to an index by Goldman Sachs — an index that takes into account the value of the dollar as well as interest rates — U.S. financial conditions are easier than they have ever been. Companies and consumers can “borrow-n-spend” like never before.

Ultra-loose financial conditions are beneficial to economic growth in the near term. The problem? Exceptionally easy access to money has inflated an “Everything Bubble,” from stocks to bonds to real estate. 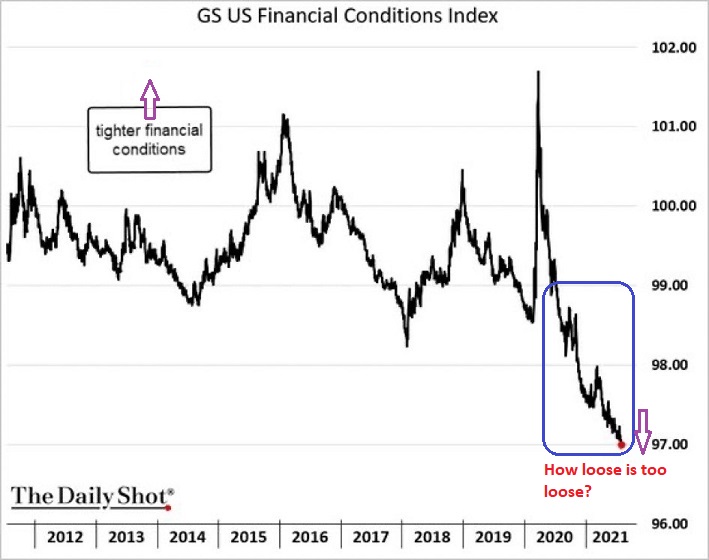 Credit-worthy borrowers are hardly the only ones gaining access to cash. Businesses that are likely to borrow from investors, yet never repay them, have rarely had it so good.

John Mauldin, a renowned economics commentator, asks us to consider the yield spread between the lowest rated companies in the junk bond universe (CCC) and the U.S. government. Before the coronavirus crisis, companies teetering on the edge of default would have needed to pay about 10% more than the U.S. government pays investors for holding Treasury bonds. Today? That spread is down near 6%. 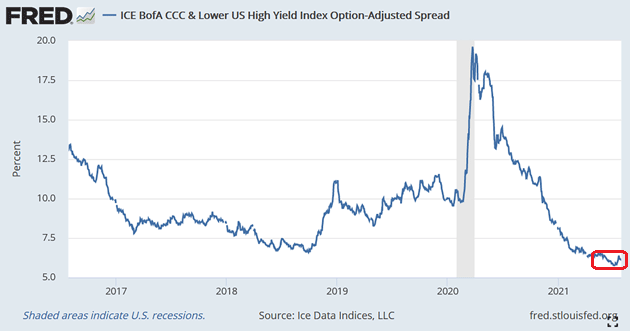 In other words, corporations that represent the riskiest gambles on the planet can now borrow for 400 basis points less than they were able to borrow for before the pandemic. Have these companies become less risky prospects? Not at all. Yet investors are finding themselves starved for yield.

With the Federal Reserve manipulating borrowing costs lower and lower, bond yields across the spectrum move lower and lower. (Bond prices move higher.) And with safer bonds prospectively serving up inflation-adjusted returns that are negative, investors hope for higher returns in everything from junk bonds to stocks. Even “meme” stocks with poor balance sheets. 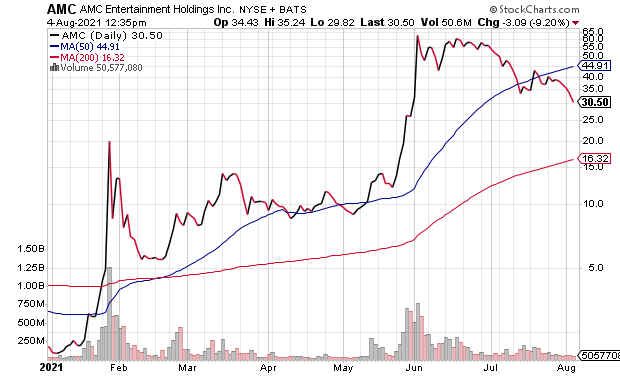 “Meme” stocks like theatre-chain operator AMC had been rocketing in unimaginable ways early in 2021. Shares had been defying common sense as well as gravity.

On second inspection, though, things may be cooling down. Speculative bets like AMC and Gamestop (GME) have left some folks down 50% on the money they may have “invested” as recently as June.

In broader-based bull markets, investors are often indiscriminate. They will “diversify” away from large companies alone to incorporate smaller company shares and foreign company shares.

Since March, however, smaller companies have been dramatically underperforming. Take a look at the iShares Russell 2000 (IWM):S&P 500 SPDR Trust (SPY) price ratio. 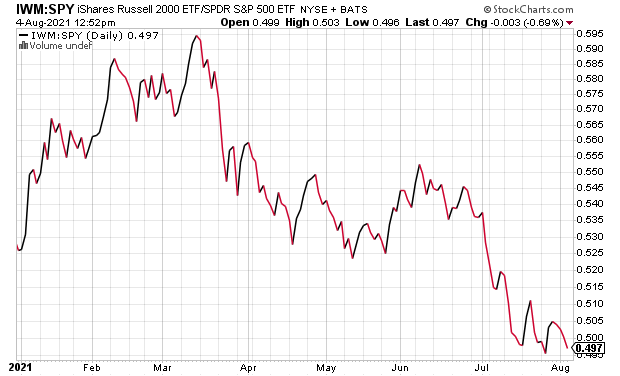 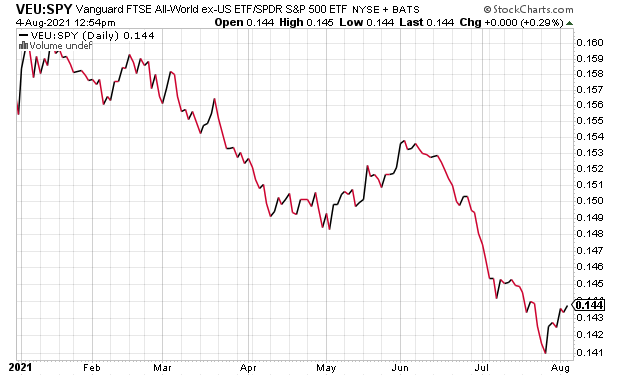 It appears that market participants are primarily banking on continued strength for U.S. large companies. And that has led to hyper-valuation. 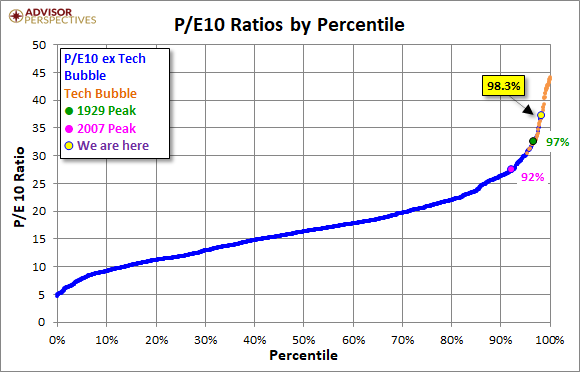 Can the central bank of the United States (a.k.a. “Federal Reserve” or “Fed”) prevent the stock bubble from bursting? After all, the Fed created the monster… shouldn’t they know how to control it?

If history is any guide, the Federal Reserve was unable to prevent the 2000 tech wreck or the 2008 financial crisis. It follows that one might not want to bet the farm on the Fed.