Small businesses are barely hanging on. Nearly 50% of them are on their way to visiting the small town of Schitt’s Creek.

For example, a Lending Tree survey shows 43% of small companies have seen revenue drop by half or more. Half! Meanwhile, 6% have exited the stage altogether.

Meanwhile, John Mauldin from Mauldin Economics had some intriguing observations about the recovery itself. In particular, the bounce in economic well-being has been little more than a jolt from massive monetary and fiscal stimulus.

Since July, however, things have ceased to show improvement. Economic well-being as defined by hours logged, employees working, and companies open for business has flatlined. 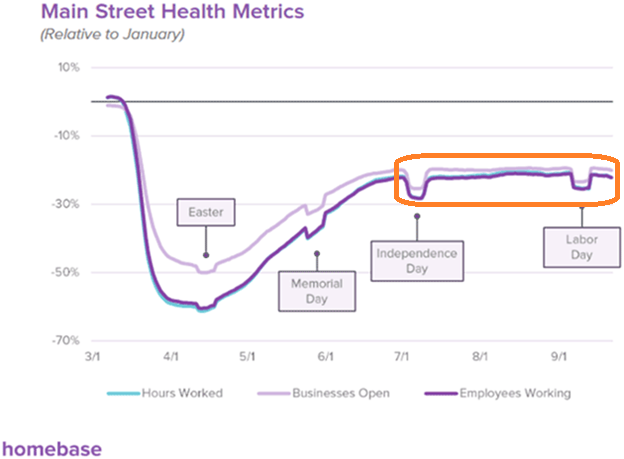 These “on the ground” realities have not mattered to the 2020 stock bubble. The S&P 500’s Current P/E and Forward P/E have matched levels not seen since the 2000 tech wreck.

How rare is it to be three standard deviations above mean stock valuations? It only happened briefly during the dot-com heyday of 2000, prior to one of the worst stock bears in American history (3/2000-9/2002). 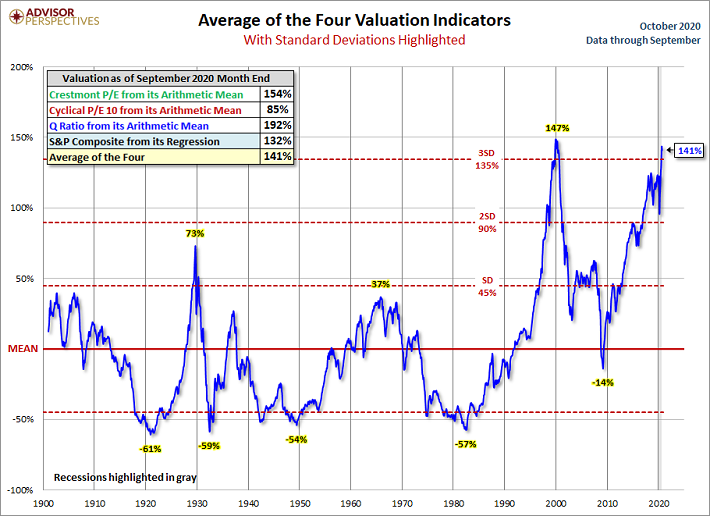 In essence, stocks are over-subscribed, over-hyped and dangerously over-priced. Worse yet, everything about them is dependent on Federal Reserve monetary policy stimulus and federal government fiscal stimulus.

The debt, deficits and money printing required to keep the stock market happy has been a bona fide boon to precious metals like gold. For all of the talk about stock success in 2020, gold has been the better performer.

Most commodities have fared poorly for the better part of an entire decade. On the flip side, the Bloomberg Agriculture Index recently broke out of long-term downtrend. Now might be the time to pick up some commodity exposure on the cheap. 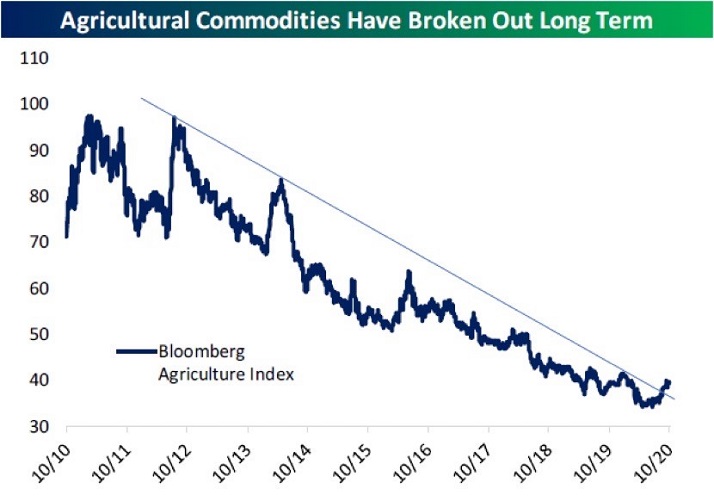