A whopping 23% of the US civilian workforce collects unemployment payments. These folks are not working, nor are they retired.

Yet, somehow, the official government stat for the U.S. unemployment rate is a tick higher than 11%. What gives? 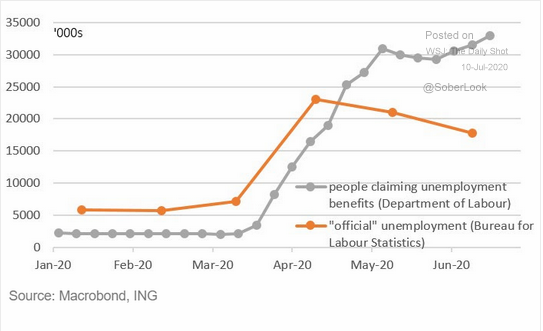 Due to the pandemic, the U.S. government relaxed its rules for collecting unemployment. So while the Department of Labor has seen a record number of unemployment claims near 35 million, the Bureau of Labor Statistics (BLS) is only counting certain classifications. The BLS’s “B.S.” figure, then? Just 17.8 million.

Obviously, as bad as an 11.1% unemployment rate sounds, it comes across as a whole lot more manageable that 23%. And the stock bubble has been disregarding the claims data in favor of the official BLS report.

The problem with ignoring reality, however, is that it can come back to bite one in the backside. For instance, if 16% of Americans do not believe that they’ll be able to pay their mortgages come July, how can these consumers spend on the products and services of public corporations?

(They can’t. And that makes it difficult, if not impossible, for those corporations to grow their earnings per stock share.) 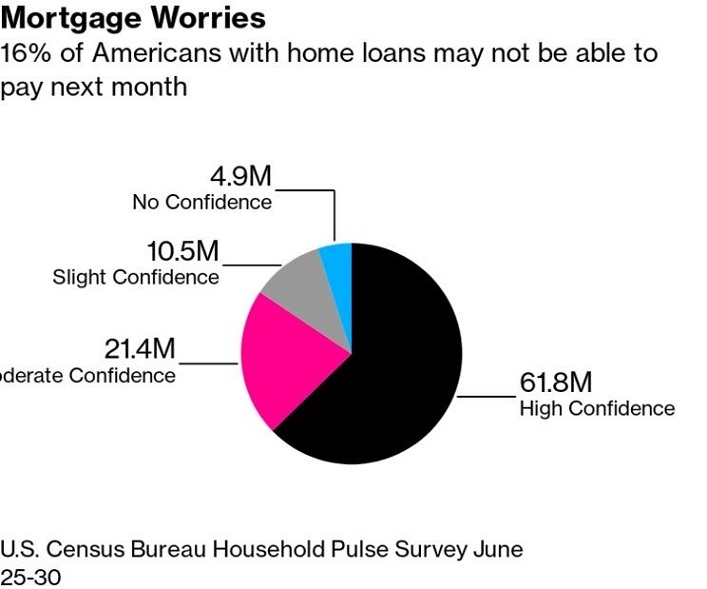 Even where there was optimism about the economy reopening and consumers spending again, we can see that there has been a leveling off since mid-June. That’s not a favorable development. 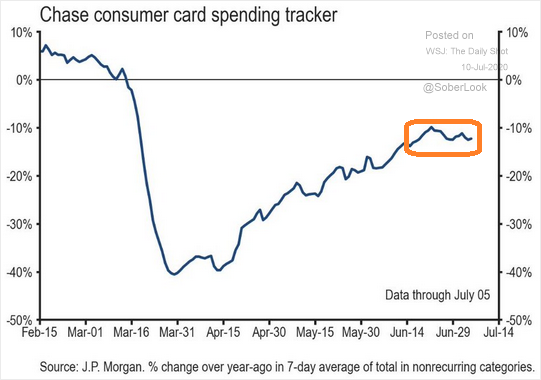 How this is playing out in the stock market?

Despite the S&P 500 hanging in there, roughly 6%-7% away from an all-time record, most of the success is coming from Facebook (FB), Apple (AAPL), Microsoft (MSFT), Amazon (AMZN) and Google (GOOG). In contrast, only 42% of S&P 500 companies are actually in a genuine uptrend.