Could History Repeat or Rhyme?

Trillions upon trillions of dollars in central bank liquidity have ignited one of the biggest stock bubbles in U.S. history. But how exactly does the money get into stocks?

The Federal Reserve dumped a mind-numbing quantity of digital dollars into Treasury bonds and mortgage backed securities. Subsequently, the sellers of those assets used the cash to acquire riskier assets than the ones that they had sold. In other words, they bought stocks.

In the chart above, we can see that the Fed eventually came around to money printing in 2008, about halfway through the Great Recession. The effort was enough to get stocks rocking again by March of 2009.

This time around? The Fed printed trillions more than they did in 2008. And they did so at the very start of the 2020 recession.

When you enact this level of quantitative easing (QE) activity, the demand not only pushes stock prices higher, it entices market watchers to follow suit. Before long, everyone from reformed gamblers to pandemic-weary parents are betting that Tesla can only rise.

Or Shopify, Spotify, Splunk or Square. Non-existent profits and high debt loads do not matter when FOMO (a.k.a. “Fear of Missing Out”) takes over.

Currently, U.S. stock prices are further above their long-term trend than they were in 1929 or 2008. Additionally, prices are nearly as unhinged as they were during the dot-com bubble’s heyday. 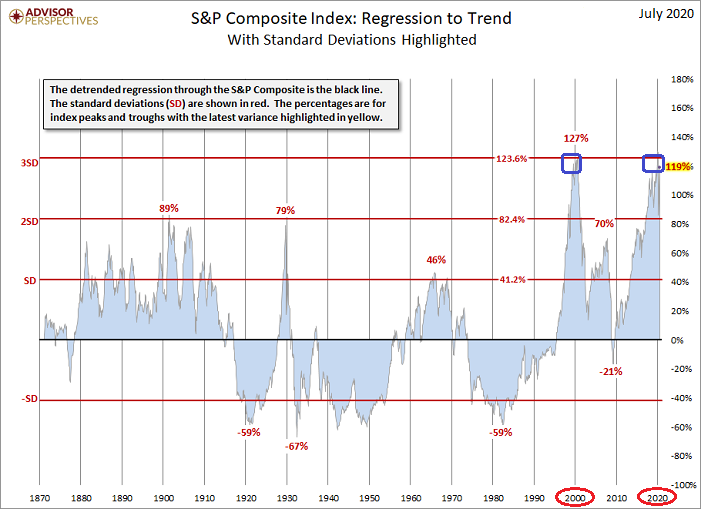 Investors could be setting themselves up for the kind of pain that occurred during the onset of the Great Depression. When the notion of economic recovery is beaten back by the reality of longer-standing structural issues. When people see that many of the job losses are permanent.

Market historians point out that after the initial crash of 1929, there was a dramatic turnaround for the Dow that extended into 1930. Afterwards, however, stocks descended all they way into 1932. Could history repeat itself? 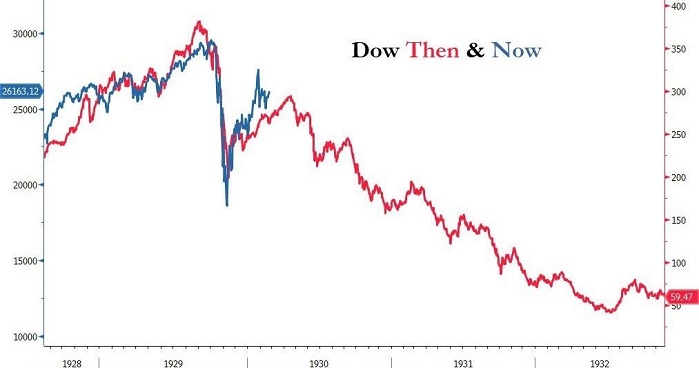 Debunking Phony Government Statistics
Are You Being Bamboozled?