In March of 2000, nobody rang the bell at the top of the infamous dot-com disaster. And very few people believed that the 21st century’s original tech bubble had actually burst.

Dip-buyers were plentiful in 2000. In fact, six months later in September of that year, many folks anticipated that the Nasdaq 100 (QQQ) would challenge the record highs.

The 80% losses were extremely painful. And for those who placed too much faith in a “New Economy,” the idea that paying any price for a piece of that future resulted in financial devastation.

The silliness of the post-pandemic environment? Scores of participants are ignoring the tell-tale signs of bubbly madness.

Barron’s and other mainstream financial media outlets have already acknowledged the stock bubble. That said, they want their readers to believe that the bubble can inflate for many years to come. 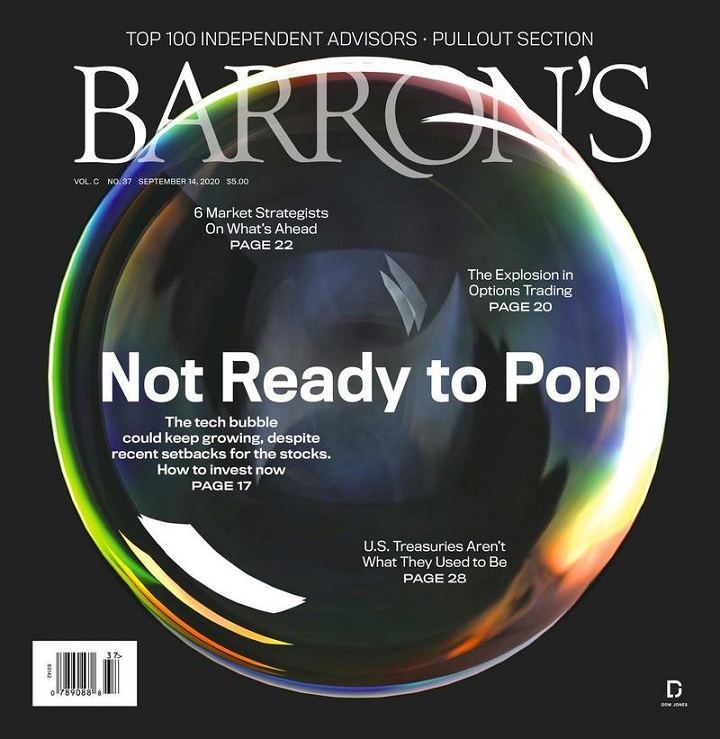 According to famous hedge fund investor David Einhorn, a bubble draws its energy from investor psychology. Yet once extraordinary exuberance downshifts to complacency, the bubble jig is up. Complacency becomes worry, and then worry devolves into terrifying panic.

Einhorn believes that, since September 2020, we downshifted from greed to complacency. He notes the similar circumstances that occurred during the six months of 2000 (March to September) when the QQQ’s failed to recapture the all-time peak.

He may be right. Consider the reality that it is easy to debunk the notion on an improving employment backdrop.

For example, though continuing claims data are falling, many of these folks are simply losing eligibility and/or becoming longer-term recipients of government support. Meanwhile, pandemic emergency unemployment claims (PEUC) are skyrocketing.

The net effect? Tens of millions of out of work people are not getting back to work, desperately seeking help from government stimulus. And that means the stock bubble’s well-being will depend on money printing gimmicks and deceptive presentations of economic recovery.