How Valuable Will Gold Become?

Talking heads are always imploring you to be a “long-term investor.” Okay, let’s play the long game.

S&P 500 valuations have never been more obscene, even eclipsing the stock bubble highs from February of 2020. What’s more, those valuations are uglier than those at the start of the Great Depression (1929) and about as grotesque as they were at the start of 2000’s tech wreck. 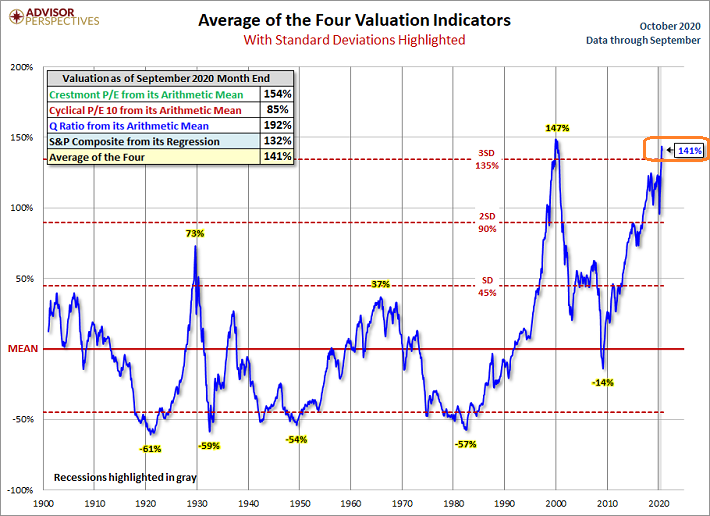 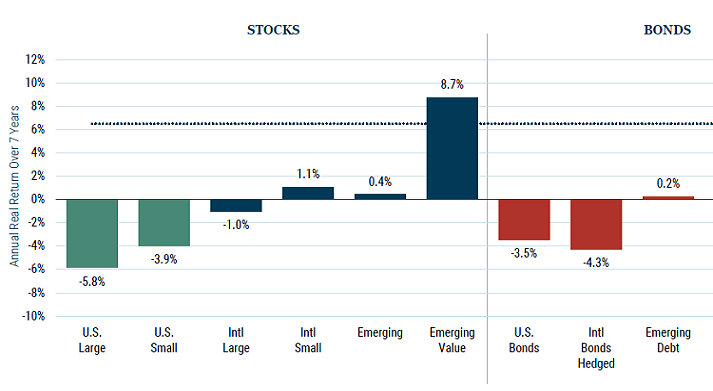 Now consider what happened two years ago in the 4th quarter of 2018. The U.S. economy peaked on virtually every measure in Q3, yet the Federal Reserve insisted it would continue raising rates and continue quantitative tightening (QT). Then the stock market collapsed nearly 20%. And the Fed dramatically pivoted to maintaining its overnight lending rate and to terminating QT.

Shortly thereafter, the Fed began cutting interest rates, and promised to do so throughout 2019. It even began quantitative easing/money printing (QE) with repo market purchases in the 4th quarter of 2019. Indeed, the stimulus train began rolling to help an ailing economy well before the coronavirus pushed us into a deep recession.

Of course, now we’re looking at money printing activity of $3 trillion from the Federal Reserve in 2020, as well as debt-inspired spending by the federal government in the $4-$5 trillion range.

Not surprisingly, ever since the Fed began “stimulating” two years ago, gold has been an outperformer. One might say, the monstrous efforts to print money and suppress borrowing costs has led to a negative real interest rate environment. Considering stock overvaluation, then, the environment is most conducive for outperformance by the yellow metal. 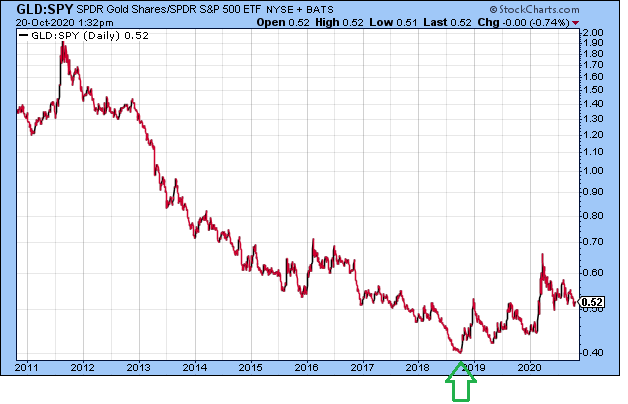 What about looking beyond the current decade? It is likely that the global financial system may find itself dealing with the total collapse of faith in paper money/fiat currency. Once again, precious metals should be the biggest beneficiaries.

Keep in mind, however, the U.S. government has confiscated gold in the past. When those who possessed gold held onto it rather than spend it during the early years of the Great Depression, President Roosevelt and Congress outlawed its private ownership. (Spend or else?)

And that’s not even the distressing part. Private folks turned in their gold for paper money compensation of $20.67 per ounce. Once the government had as much of the country’s gold in its coffers as it could hope to achieve, political leaders revalued gold at $35 per ounce to the dollar.

That’s correct. Real money (gold) that people were not allowed to own jumped 69% overnight. The people did not get to experience the gains; rather, they experienced 41% losses (e.g. 41 cents on their devalued dollars).

Let’s hope that does not happen again!