The consistent media refrain is that lower interest rates justify higher stock valuations. Is it true? Or is it an excuse for encouraging bubble-like speculation in riskier assets?

Historically, there have only been two periods to examine ultra-low rate phenomena. The decade of the 1940s and the most recent 10-year period. 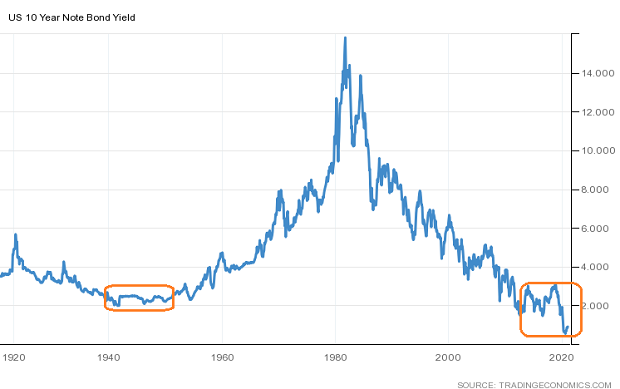 In the 1940s, stocks were priced at exceptionally inexpensive levels on items like earnings per share (EPS) and the Q Ratio. (See the purple box below.) Today? Stocks have never been more overvalued. (See the orange box below.) 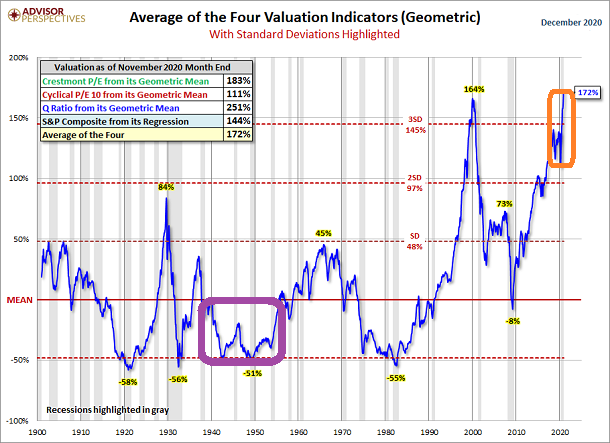 What ultra-low interest rates do more than anything else is entice corporations to borrow like there’s no tomorrow. At present, long-term corporate debt and loans as a percentage of GDP trend is near a stratospheric 51.5%. Even during three previous recessions and associated stock market bears — 1990, 2000-01, 2008-09 — corporate debt-to-GDP did not get much higher than 45%. 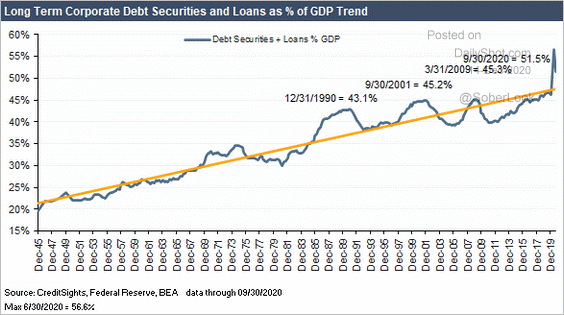 Many might argue, “What company wouldn’t choose to borrow at these rates?!” And there’s some truth to that. Most mortgage holders would choose to refinance a home to a lower rate if it makes the monthly payments lower.

On the flip side, many corporations are doing the equivalent of taking gobs of cash out of the refi itself. And instead of paying down debts with cash, they’re using money for stock buybacks, dividend payments and other non-productive uses.

Factories, human resources, innovation? Nope. Instead, it’s financial engineering. Subsequently, some companies will find themselves with a whole lot more debt than ever as well as an eventual inability to service it.

Consider the reality that 15%-20% of all listed companies may be “zombies.” Those are corporations with liabilities that exceed assets… a la negative equity.

And it’s not just for the smaller and mid-size companies anymore. Approximately 5% of the large-cap businesses in the S&P 500 are barely getting by. 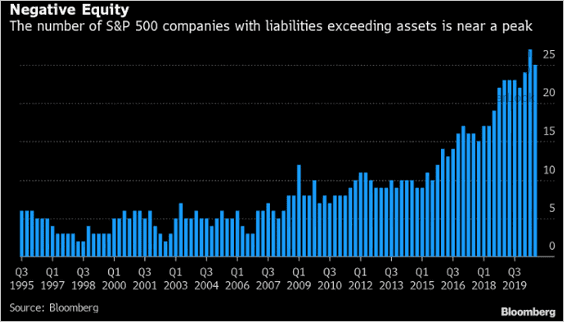 If the Federal Reserve continues to manipulate rates lower for longer, one should anticipate an environment where the real yield on Treasuries remains negative for longer. That is likely to be a tremendous tailwind for gold and other precious metals. 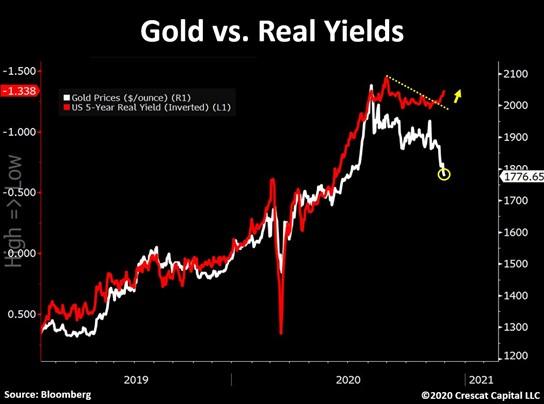 Dow 30,000 and the Permanently High Plateau
The New Abnormal