Dow 30,000 and the Permanently High Plateau

One of the most famous social and economic influencers in the 1920s? Irving Fisher.

Unfortunately for the celebrated economist, Fisher is best known for his biggest mistake. What many might say was the worst stock tip in history.

In particular, Fisher excitedly described the stock market as having reached a “permanently high plateau.” And he did so just a few weeks prior to the Wall Street Crash of 1929. The infamous collapse that ushered in the Great Depression.

Today, there are similar influencers on social media and within the mainstream financial media. They’re telling you that stocks can never go down significantly because the Federal Reserve can always save the day.

If you believe that the Fed is “permanently capable” of propelling stocks higher, then perhaps you should ignore the history of Fed blunders. And you might as well turn a blind eye to valuation showing stocks to be more oversubscribed than they were in 1929. 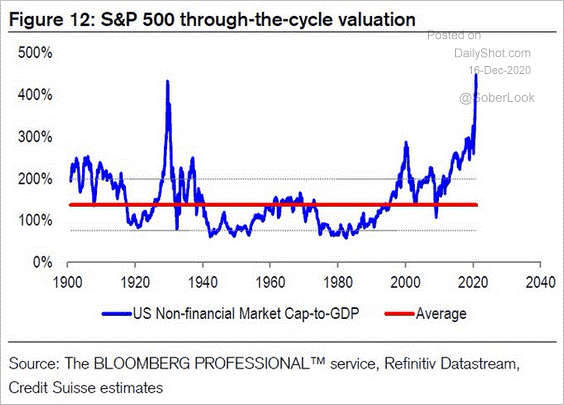 Beyond valuation, mutual fund managers are practically “all in.” Seldom is the case that fund manager cash levels fall below 4%. In fact, some market watchers regard the 4% level as a profit taking opportunity. 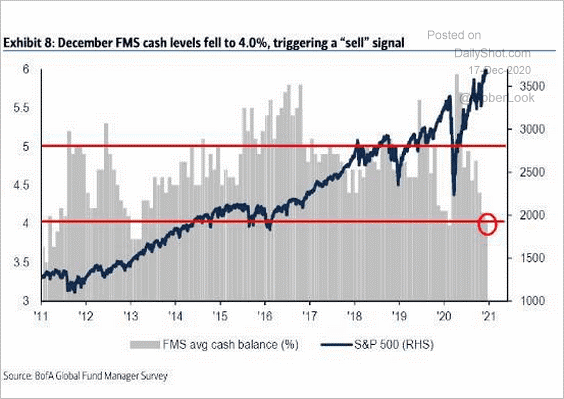 Of course, 4% can go to 3% or lower. Heck, some investors may even choose to borrow money to buy stocks.

Even the Wall Street Journal is getting in on the act. Just two days ago, they served up the borrowing question on many people’s minds. 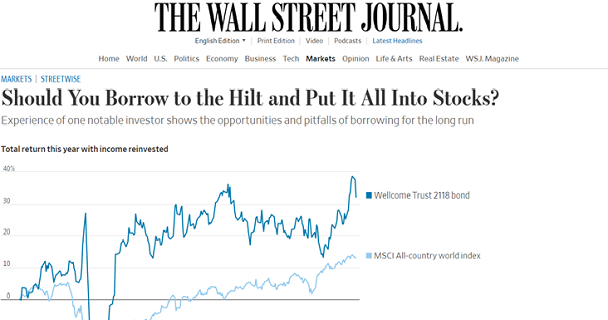 Naturally, there are plenty of ways that the average Joe or Josephina can lever up. For instance, the cash-out mortgage refi. That worked out well in the previous decade’s housing bubble. 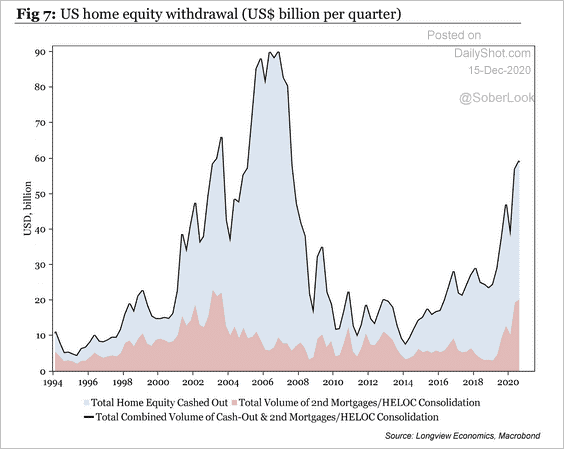