Household exposure to stock has rarely been higher. At the same time, investors are leveraging that exposure with call options.

How much leverage? It is greater than at any prior point in history. 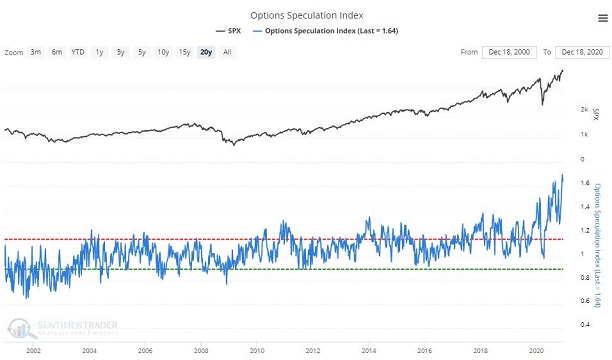 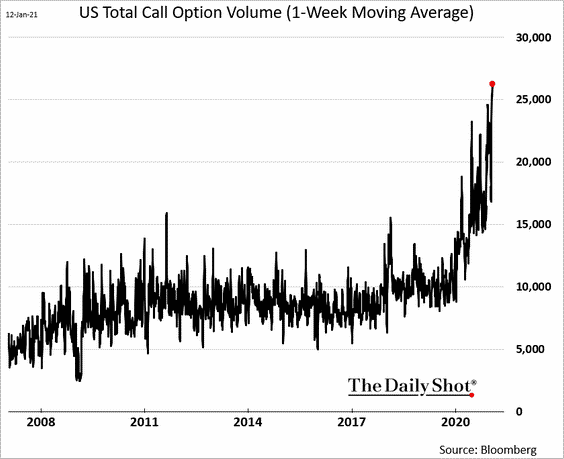 On top of the highest household allocation to stock, on top of unprecedented equity leverage via call options, valuations have rarely been so far out of whack. Consider market capitalization to GDP. The indicator reached extremes in the late 1960s and the late 1990s. Not surprisingly, subsequent 10-year returns were negligible for the 1970s; they annualized at -1.1% for the 2000s.

At the tail end of 2020, stock market capitalization as a function of the economy (GDP) hit 176.6%. If history is any guide, subsequent 10-year returns for hope-n-holders will be dreadful. 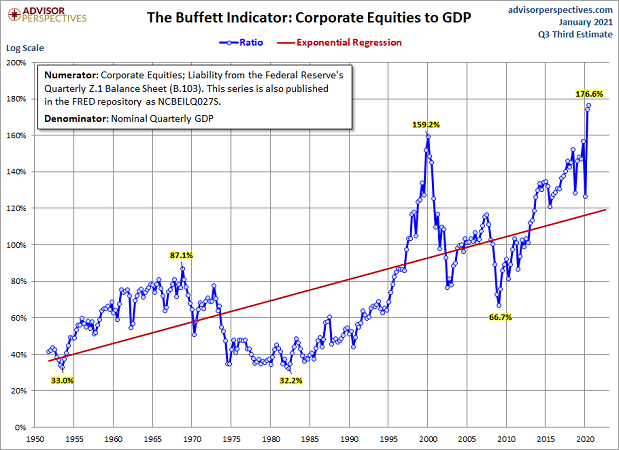 Manic stock bubbles can last for much longer than anyone might anticipate. Irrationality is as irrationality does.

Eventually, however, something will cause the present-day stock bubble to burst. Indeed, there are a number of potential pin pricks hiding in plain sight.

For example, the Democrat Party campaigned on reversing the Tax Cuts and Jobs Act of 2017. The party will soon control the Senate, the House, and the presidency. If political promises are kept, public corporations will find themselves with dramatically lower after-tax profitability.

A significant upsurge in inflation could force the Federal Reserve to slow its digital money printing and its interest rate manipulation. It would result in higher borrowing costs for households, businesses and state governments, likely pushing the economy into recession.

Rather than rein inflation in, the Fed could let it run hot. That too could have an adverse effect on risk assets. Inflationary growth (boom) often proves unsustainable (bust).

One way to hedge the possibility that stocks will plummet in an inflationary quagmire? Commodities.

The previous decade for commodities was horrific. Today, however, its value relative to stocks has rarely been so attractive.

Money For Nothing?
The Ever-Changing Narrative