How Much Can You Bear?

The Dow and the S&P 500 have only closed in correction territory. Specifically, the mainstream indexes have only experienced top-to-bottom price declines of 10%-13%.

Underneath the surface, one half of S&P 500 components (250 companies) have plummeted more than 20%. What that means is that a few influential stocks in the S&P 500 have been holding the index up.

The Nasdaq? The Russell 2000? Both have descended more than 20% from respective peaks. A “bear market” in growth stocks as well as smaller stocks is already here.

Hold-n-hopers believe the market will recover soon. That might not be the case.

For one thing, when energy prices skyrocket, recessionary pressures tend to build. This is what occurred in seven of the last eight recessions.

For another, last month, consumer sentiment had already reached levels consistent with economic contraction. And that was prior to Russia’s invasion of Ukraine.

Does anyone believe that economic prospects have improved since the West imposed heavy sanctions on Russia? 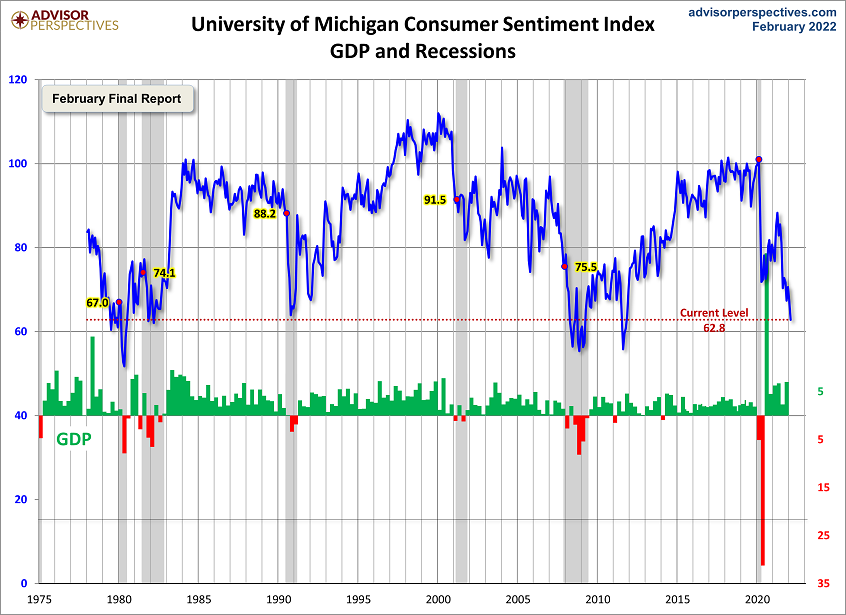 If the idea that a recession seems far-fetched, consider the Treasury bond yield curve. Short-term interest rates (2 years) are less than 25 basis points away from exceeding longer-term rates (10 years). The likely “inversion” suggests that the economic outlook is weak… weak enough that stagnation and/or contraction may be inevitable. 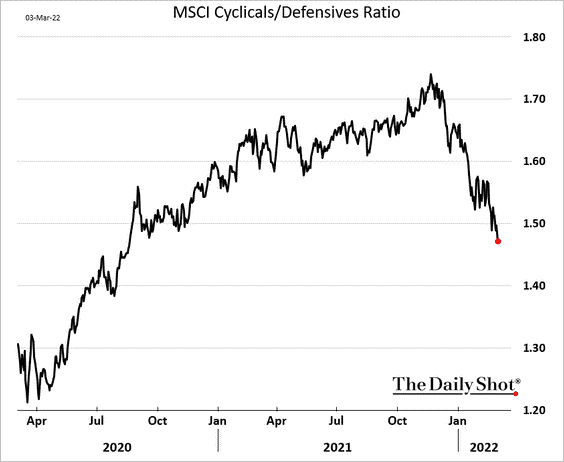 Granted, a rapid resolution in the Russia-Ukraine war could benefit stocks in the immediate term. Yet, if the Federal Reserve acts to fight inflation by consistently hiking overnight lending rates and regularly reducing its balance sheet, stocks are going to struggle.

Stock valuations still remain at obscenely high levels. Even after the Jan-Feb pullback, they remain three standard deviations above their mean.

In fact, stocks would need to give up at least 50% in price to get back to “fair value.” 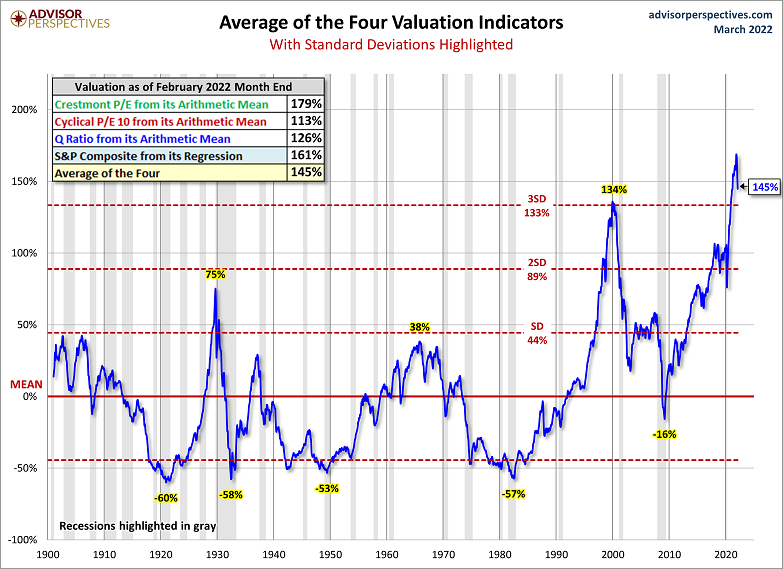 Not many are prepared to lose HALF of their dollars in a stock portfolio. Most would find the circumstances unbearable.