Should You Mind the Gap?

Some folks do not believe that there’s a housing bubble. Clearly, they’re not minding the gap.

What gap? The one between home prices and what people earn. 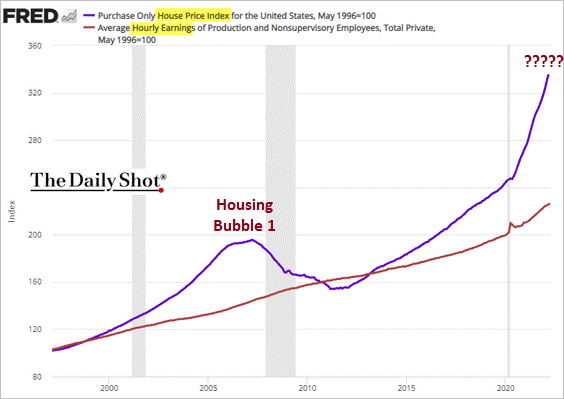 When the Fed forced mortgage rates dramatically lower in the early 2000’s, homebuyers could afford lower payments. At least until wages could no longer keep up.

The same silliness has happened once more. Specifically, the gap between home prices and household earnings has become obscene.

What about stocks? The pattern is quite similar.

The prices of stocks relative to what the economy earns, or generates via its gross domestic product (GDP), became unsustainable at the turn of the century.  The gap between equities and GDP eventually narrowed during the 2000-2002 bear, with the S&P 500 plummeting 50% and the tech-heavy Nasdaq crashing 75%. 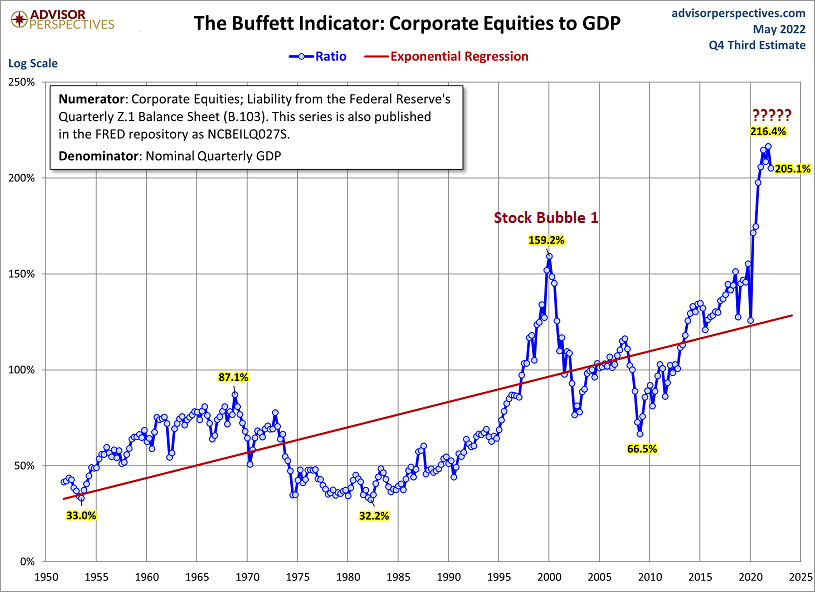 Granted, stocks have corrected sharply to start 2022. However, in a recessionary bear market, the Fed will have to stimulate with money printing and ultra-low rate policy. That’s the only sure-fire way to get stocks up off the canvas.

Right now, though, the Fed is maintaining a commitment to higher interest rates and to reducing the dollars in circulation to fight inflation. It follows that stocks will continue to grind lower.

Here’s another way to look at it. The stock market overperformance leading into 2000 inevitably morphed into severe underperformance. The same “regression-to-trend” phenomenon will play out here in 2022. 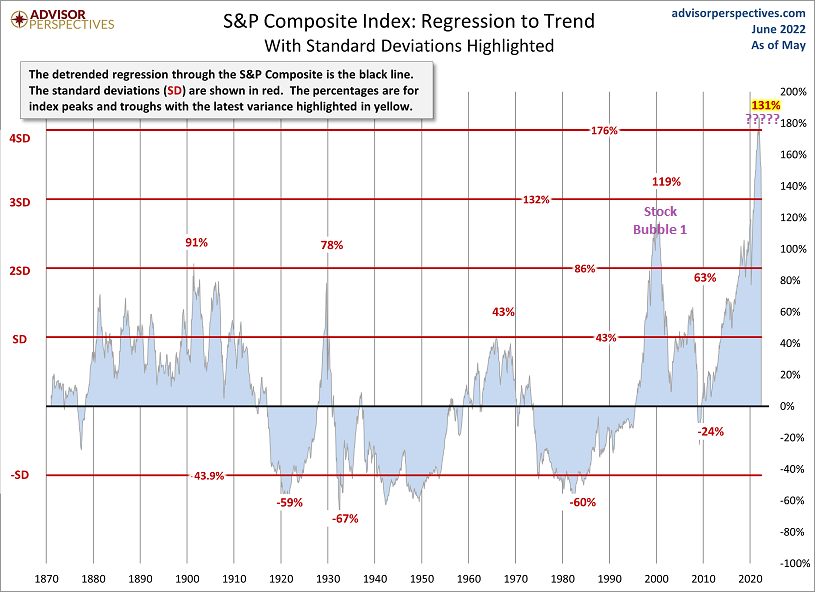 The Shortest of Memories
Catching Down