The Shortest of Memories

The stock market ravaged the tech-heavy Nasdaq in the 2nd half of the year 2000. In just six months, the large-cap growth segment plummeted 40%.

It was not nearly as bad for the S&P 500. Just a 10%-plus correction. A monumental buying opportunity, experts proclaimed.

Are things really so different in the first half of 2022, though?

In truth, tech-oriented stocks and start-ups today are mimicking dot-com names from the earlier era. Here are some prime examples:

1. ARK Innovation ETF (ARK). Tens of billions of dollars poured into the ultimate “innovation” fund. However, “disruptors” are no different than the dot-coms. In particular, the collective performance of ARKK’s holdings (e.g., Zoom, Roku, Block, Crisper, Teledoc, etc.) currently underperform the large-cap growth benchmark since inception. ARKK is even underperforming an old-school commodity in cotton. 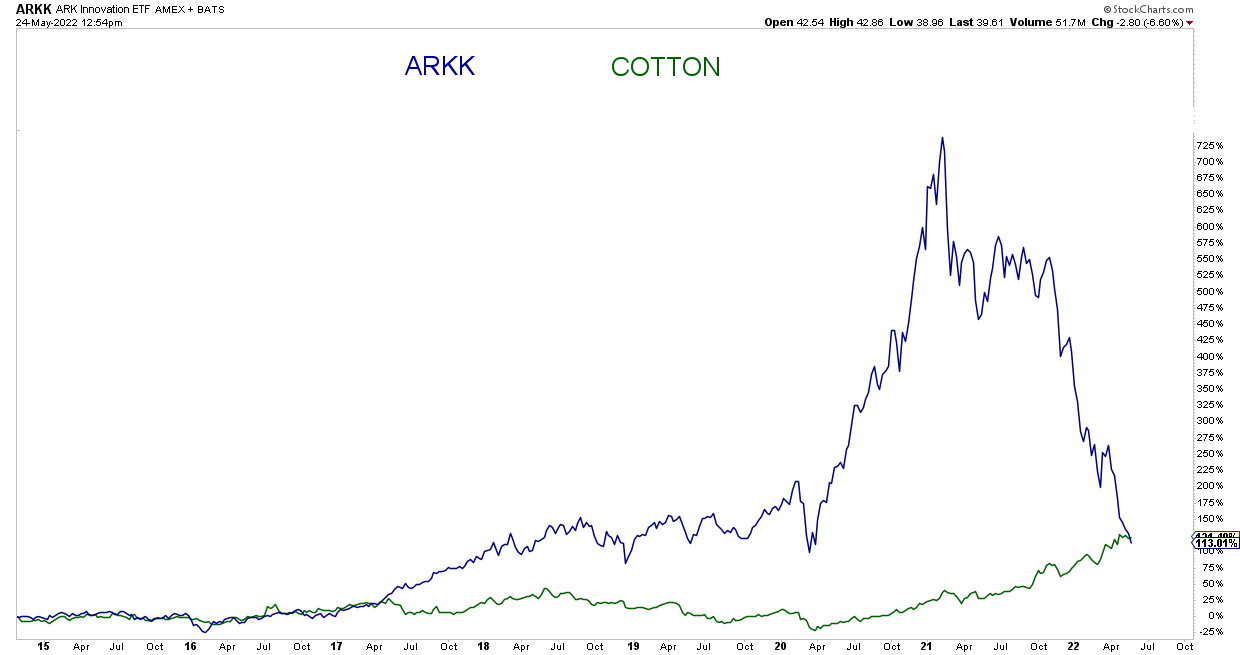 2. Netflix (NFLX). There was a time when the “FANG” craze — Facebook, Amazon, Netflix and Google — was talked about as though constituents could never be beat. Turns out, Netflix is not only underperforming the large-cap growth space, it is struggling to stay on pace with the S&P 500 after seven years.

3. EV Madness. The investing public had become so mesmerized by the electric vehicle revolution, participants were willing to pay any price for the privilege of owning shares. That has been a rude awakening for bag holders over the last six months.

The critical take-home here? The recent reckoning for the shares of disruptive technology companies is merely a prelude to what is likely to occur for the rest of the stock market.

Demand Destruction
Should You Mind the Gap?