So Few Protective Puts, So Many Aggressive Calls

There have been a number of stock bubbles in history. Yet few rival the infamy associated with 1929’s epic crash or 2000’s tech wreck.

Perhaps ironically, today’s post-pandemic bubble may be more egregious. For example, an average of four measures peg current valuations at levels that make those from 1929 and 2000 seem like bona fide bargains. 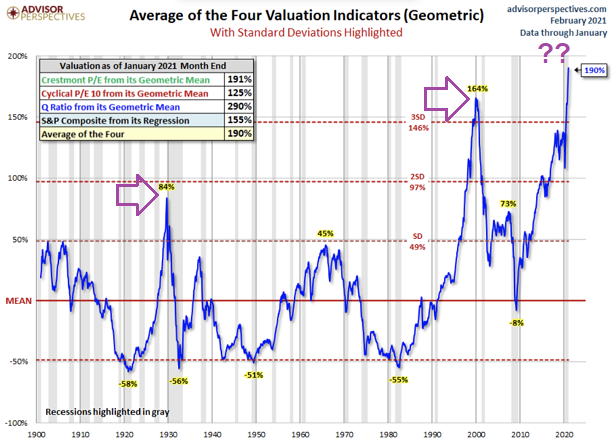 At present, there’s very little fear that stocks will suffer the way they did from 1929-1932 or 2000-2002. Market participants are currently conditioned to believe that central bank money printing combined with federal government stimulus can maintain prices above a permanent plateau. (And that plateau is believed to be a whole lot higher than historical valuation averages.)

On the other hand, traders are buying far more calls than puts, signaling excessively upbeat sentiment. In fact, levels in the put-call ratio have become so optimistic (a.k.a. “bullish”), the put-call ratio is approaching the irrational euphoria levels last seen in the year 2000.

At best, the extremely low put-call ratio readings suggest that stocks are due for a pullback. At worst, the modern-day stock bubble may be getting ready to burst. 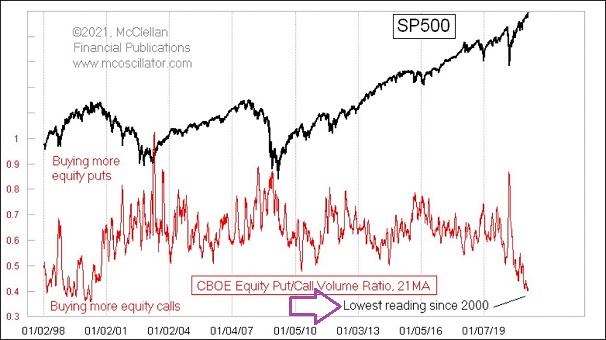