In 1973, OPEC’s oil embargo sparked shortages throughout the U.S. I was only six years old at the time, though I still remember waiting with my father for hours on lines at the gas station.

Energy inflation played a huge role in the 1973-1974 bear market. It was one that slashed stock wealth nearly in half. 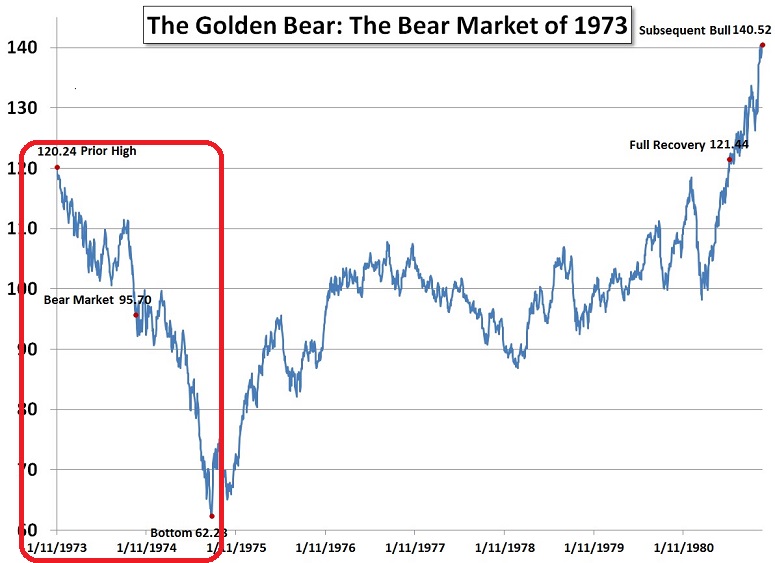 There are interesting parallels between today and nearly 50 years ago. For one thing, U.S. leadership is once again appealing to countries in the Middle East for an increase in output.

For another? Skyrocketing energy inflation is dampening economic prospects. In fact, most expect the Federal Reserve’s inflation fight to result in a recession.

Here’s the thing about recessionary bear markets. They tend to be far worse than “baby bears” that merely tag the 20% depreciation line.

There are far too many variables to think that the 2022 stock bear is a repeat of 1973-1974. In particular, extraordinary overvaluation today is akin to the 2000 tech bubble. And the likelihood of a credit crunch is similar to 2008’s subprime debacle.

That said, the trajectory of the current bear market is tracking the 1973-1974 with 91% accuracy. If the pattern holds up, heavily exposed investors will have to endure a lot more pain in the months ahead. 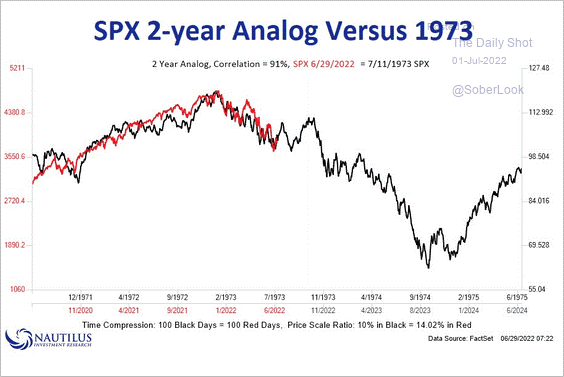 Are You Inverted?
Da Bears