Warning: Household Wealth May Be Transitory

Consider household equity exposure relative to disposable personal income. Investors have more skin in the equity game than they ever have before. What that means is that, with the S&P 500 sitting atop a record peak, participants are “wealthier” than ever. 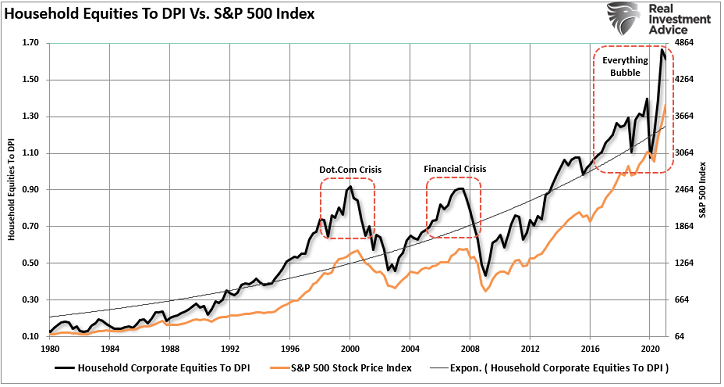 The implication here is that newfound household wealth may ultimately prove transitory. When the stock bubble bursts, there are scores of hold-n-hopers who will end up holding the proverbial bag.

Think about it. Few investors can imagine a scenario where stalwarts like Facebook, Amazon, Netflix, and Google/Alphabet (FANG) lose HALF of their value. If history is any guide, however, 50% bearish losses represent conservative estimates.

What’s more, FANG stocks have collectively quadrupled the S&P 500’s performance since 2012. A reversion to the mean could be particularly brutal for the popular mega-caps. 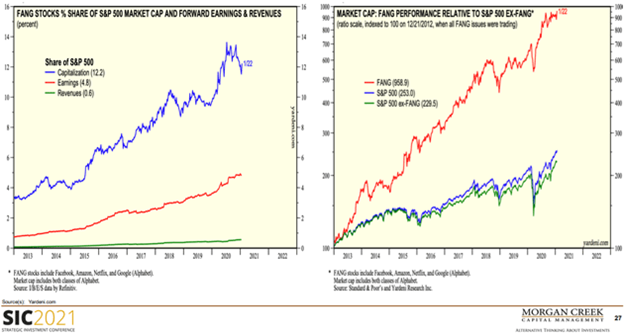 Overallocation is only part of the problem. Another part? Participants continue to load up on the mo-mo tech sector and the go-go consumer discretionary segment. And they are doing so at a time when stock valuations have rarely been so nutty. 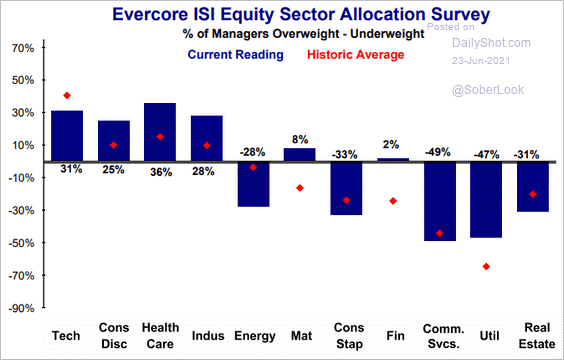 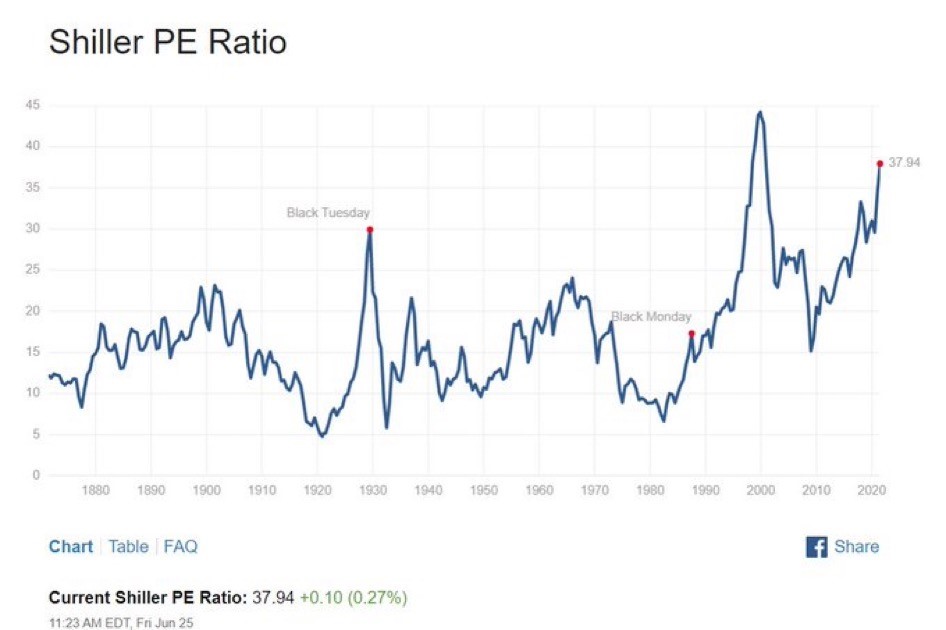 Keep in mind, frothiness is evident in sentiment/technical analysis as well. For instance, according to SentimenTrader, the total amount of new shares that have come to market over the past 12 months is roughly $27 billion. That is a record.

When have money-losing entities fared so well with the investing public? Right before the 2000 tech bubble exploded and right in the middle of the 2008 financial crisis. 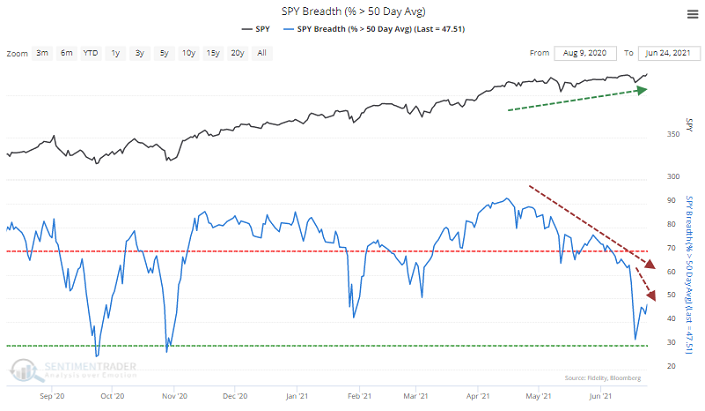 Over 93 years of historical data, this particular divergence resulted in declines every time. And some of the price declines were downright devastating.

Of course, should faith in the Fed falter, there’s little else to sustain stocks at an elevated plateau. Those who did not have a process for lowering risk before a rapid-fire descent could get their coattails stuck in the exit door.

Stock Storm
Up, Up and Away