Zombie companies are those that cannot generate enough profits to cover their debt payments. And according to the researchers at Deutsche Bank, the ‘walking dead’ comprise nearly one out of five publicly listed corporations in the United States.

The Leuthold Group pegs the percentage closer to 15%. Before relegating a business to the zombie file, the folks at Leuthold say that interest on debt must exceed corporate profits for three years.

15%? 20%? Regardless, the percentage is frightening. What’s more, ‘Zombie Nation’ in 2020 is undeniably similar to the way that it was during the 2000 stock bubble. 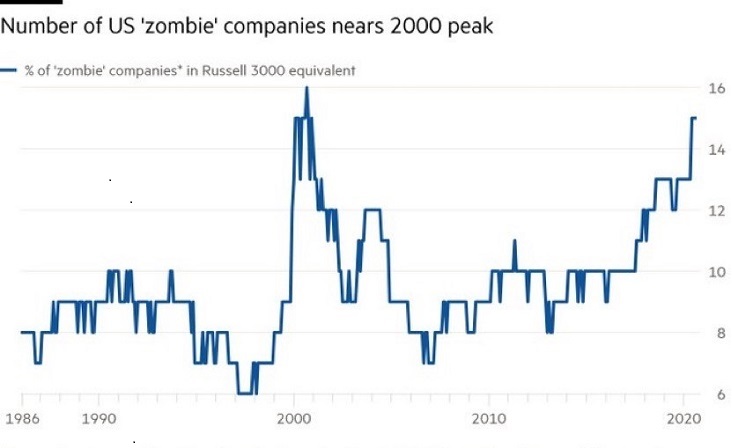 When scores of unprofitable, debt-laden businesses excite the masses, forward investment returns for stock shares tend to fare poorly. People forget that the Nasdaq 100 fell 80% in the 2000-2002 tech wreck. Many of the components of the index actually lost 90%-99% before, inevitably, getting wiped off the stock map. 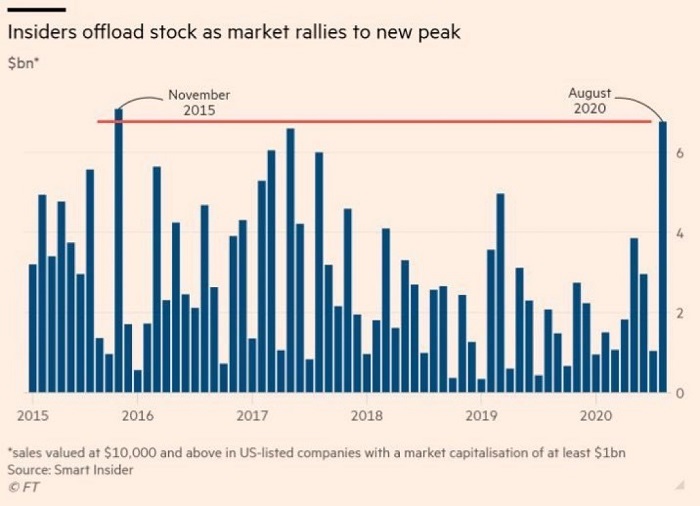