Are You Being Bamboozled?

Some experts pretend that the 2020 stock bubble has its roots in what companies are earning right now or what they will earn going forward. Is that even possible when half of those corporations have no ability to forecast their business profitability going forward? 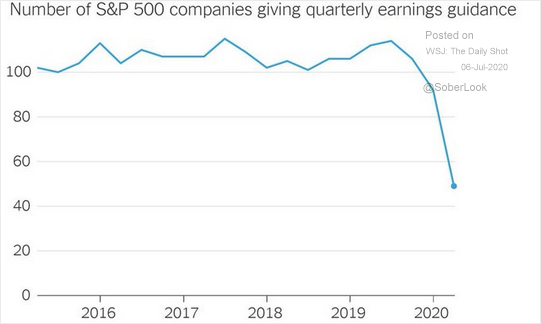 In previous recessions, when the earnings per share (EPS) of S&P 500 constituents fell hard, stock market losses reflected the downtrend in profits. The index lost more than 50% in price in both the 2000-2002 tech wreck as well as the 2008 financial collapse. 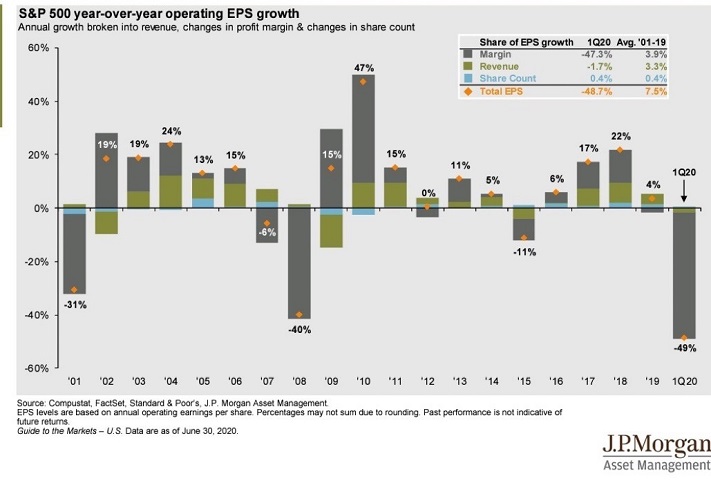 In contrast, we see that 2020’s recession is presenting far greater devastation to EPS than what transpired in the previous economic contractions. (See the chart above.) Shouldn’t price reflect the severity of EPS decline? At least to some extent?

Granted, stocks briefly fell about a third (33%) in price from the February highs to the March lows. However, they did not fall anywhere near 50% and they did require four years or longer to recover.

On the contrary. Unlike anything else that we have seen in history, the S&P 500 recovered nearly all of its losses in a matter of months. Moreover, the index currently rests a mere 6.5% away from a fresh record.

Don’t get me started on the Nasdaq!

If one genuinely believed that all of the jobs lost in 2020 were coming back in 2020, perhaps one could rationalize his/her way into a post-pandemic utopia. The problem? The average recession requires two-and-a-half years to get back to “even.”

Additionally, if one has a heartfelt conversation with a leader of industry, that person would set you straight. There are furloughs. There are temporary layoffs. And then there are plenty of permanent job cuts.

Unemployment claims in June validate some of the anecdotal evidence on the jobs front. Claims are starting to “stick,” and that suggests a structural challenge. 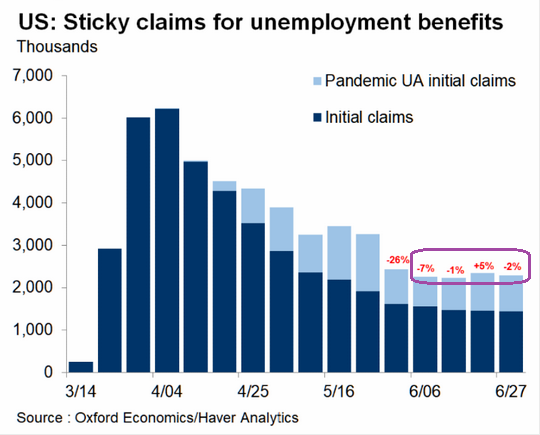 But don’t worry. There’s nothing nutty at all about a stock market that is three standard deviations (119%) above trend. And with the Federal Reserve’s endless money printing liquidity, perhaps there is no reason to anticipate the S&P 500 reverting to the mean on the regression line.