The dividend yield is also nearing lows not seen since the stock market crash at the turn of the century. 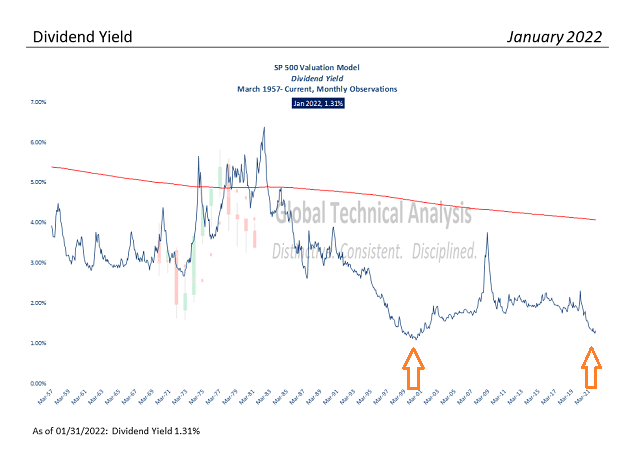 Some investors might be asking themselves the question: “Would I rather get a risk-free 2% from the federal government for 10 years… or 1.3% from stocks with the possibility of price appreciation to boot?” After all, stocks almost always have positive price gains over a decade, don’t they?

There is another reason to compare today’s stock bubble with the tech stock mania from 1999-2000. Federal Reserve monetary policy.

Specifically, the Fed started to raise interest rates in June of 1999. It was a slow process. Yet, by March of 2000, stocks could no longer withstand the rate hiking pressure. The S&P 500 plummeted 51%; the Nasdaq experienced a 76% price collapse. 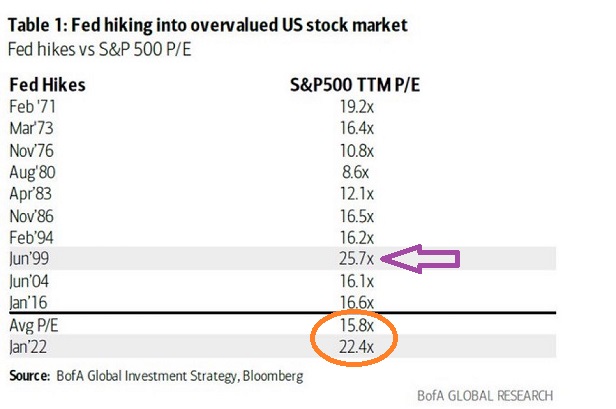 Should investors take comfort in the notion that the previous stock bubble did not pop until nine months after the Fed began hiking rates? Probably not. 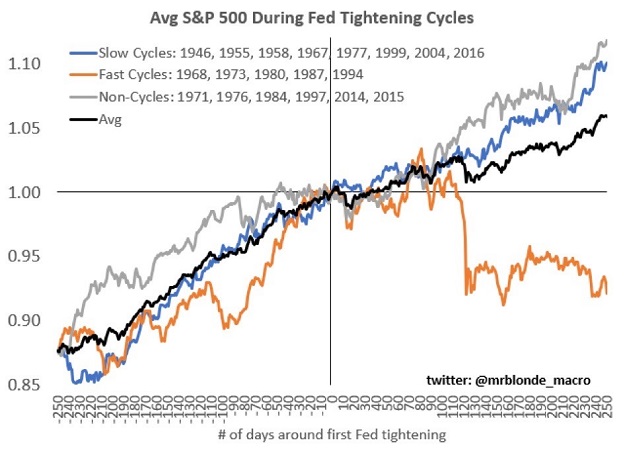 In fact, the stock bubble may be deflating already. The technical price damage in the New York Stock Exchange’s Advance Decline (A/D) appears to be gathering steam. 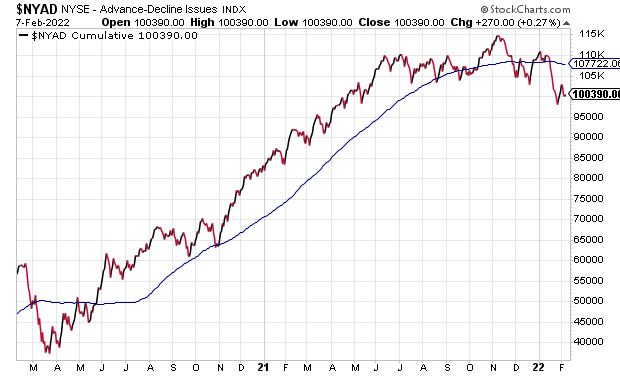 On the flip side, the S&P 500 continues to hold up better than broader measures of equity health.

Additionally, right now, there are very few folks who are interested in shorting stocks. 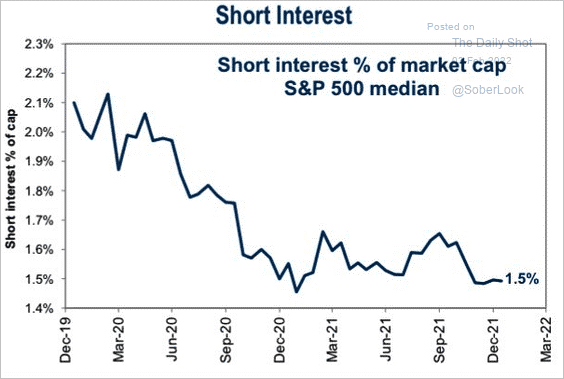 If you are a buyer, despite mounting evidence that stocks may struggle in the coming months, be mindful of quality. Profitless companies may rocket when the Fed is tossing trillions of dollars into the arena. They tend to get whacked when the Fed is tightening the reins.