According to the data, the S&P 500’s correction in the the first 16 days of the year represented the worst start ever. And the final tally for January does not figure to be much better. 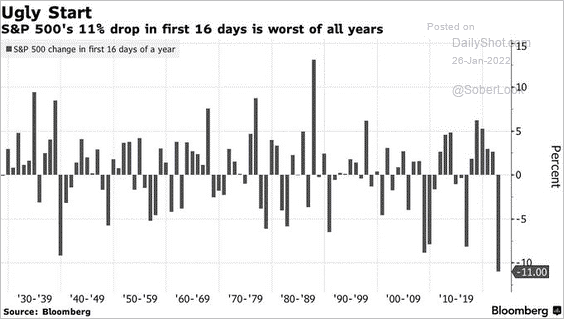 Some are even beginning to call the price damage a “stealth bear” market.

For instance, the New York Stock Exchange’s Advance Decline (AD) Line is further below its long-term trend than it was during the pandemic’s selloff in 2020. Even the slope of the trend appears to be waning. 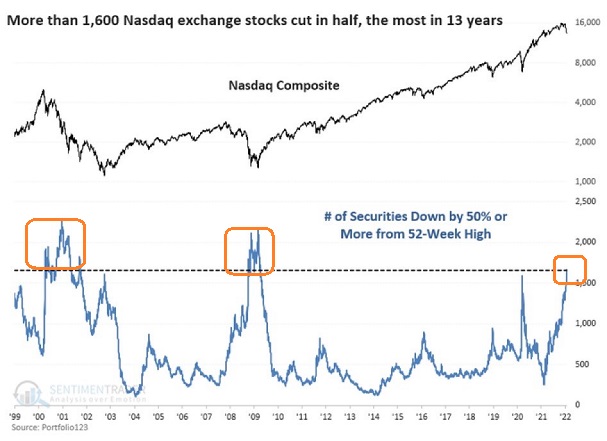 There is some evidence that stocks are making an attempt at damage control. At least for large-caps in the S&P 500.

For example, while the S&P 500 has closed below its 200-day moving average for a number of days in late January, more recent dip buying has kept the monthly closing price above the longer-term trend. 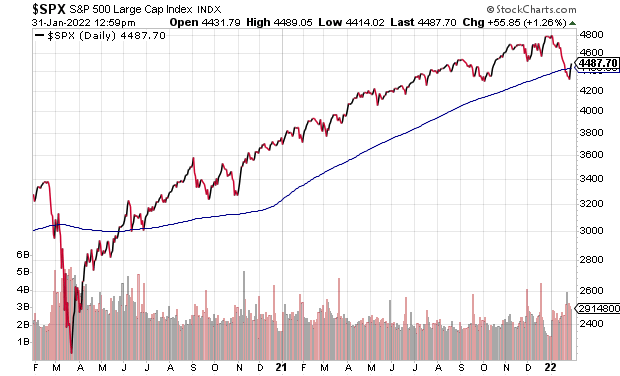 Regardless, it is difficult for anyone to argue that most, if not all, assets exist anywhere other than in hyperspace. Stocks may be the most egregiously overvalued. U.S. valuations have rarely been quite so insane across a wide variety of measures. 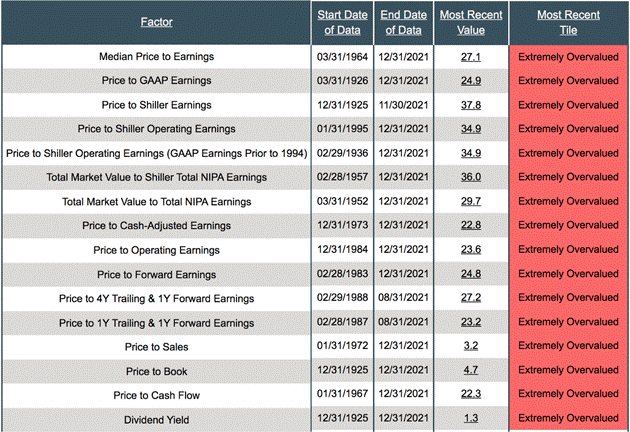 Still, the stock bubble is only part of the story. U.S. home prices are at the highest multiple relative to family income ever. That’s every bit as bad as it was during the housing bubble in 2006. Meanwhile, developed world bond markets are ridiculously bubbly.

The problem with an “everything bubble” across stocks, bonds and real estate? The bursting of one balloon might adversely affect the others.

Additionally, the notion that the Federal Reserve would be able to bail out asset prices in an inflationary environment is uncertain. Fed decision-makers would need to see more favorable CPI and PCE data before it would be in a position to backstop stocks again. 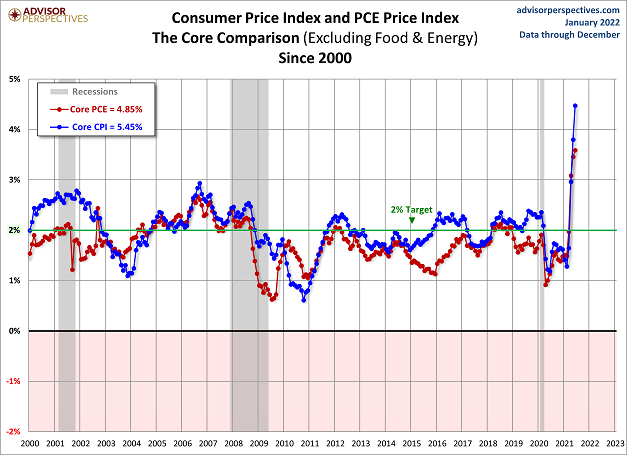 Are there any assets that might act as a safe haven against a stock bubble reckoning? Probably not. On a relative valuation basis, though, “Dr. Copper” might be ready for a breakout to the upside.