Never Has Anyone Ever

In the public stock arena, supply and demand determine the share price. Valuation does not determine share price. (It may or may not affect share price, but valuation has ceased to be particularly relevant to stock market investors.) 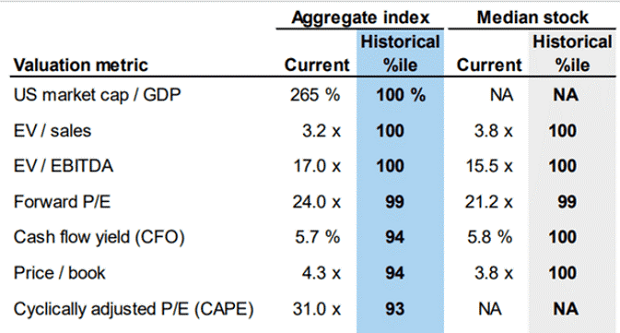 Hometown is a single deli in rural New Jersey. Its trailing 12-month revenue for a two-year period might have been $18,000. If valuation mattered, perhaps the deli would be worth in the neighborhood of 2.25x revenue, or $40,500.

Things are different in stock bubble land, however. Hometown (HWIN) trades in the public arena where its shares are collectively worth more than $100,000,000. That’s 100 million dollars. 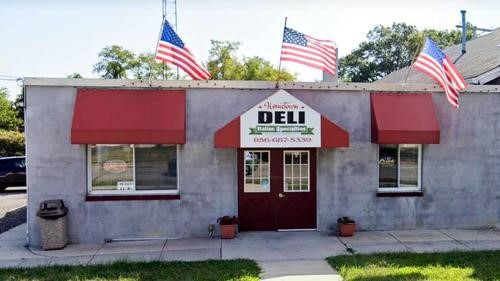 Has anyone ever seen demand overwhelm share supply to this extent? And with this degree of price agnosticism? Perhaps when the tech stock bubble burst in the year 2000.

Indeed, stock prices are every bit as insane as they were in 2000. Probably more insane.

Keep in mind, the flow into stock funds and ETFs (a.k.a. demand) is greater over the last five months than over the last 12 years. That kind of demand is darn near insatiable.

On the other hand, some folks are gladly selling their stock shares. Insiders.

Consider the 12-month Insider Sell-Buy Ratio as well as the 3-month ratio. Corporate executives, directors and 10%-plus owners have not been this keen to dump their stock shares in quite some time. 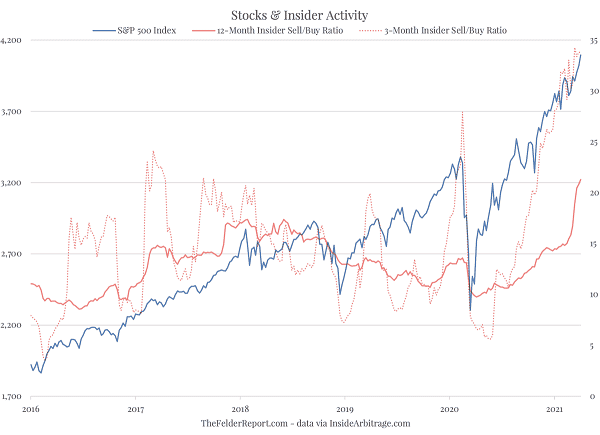