Today, Bloomberg News suggested that the CEO of wannabe electric truck maker, Nikola (NKLA), lied at a 2016 event about having a big-rig prototype that was “fully functional.” The stock bubble barely blinked. In fact, NKLA actually rose 1.8%. 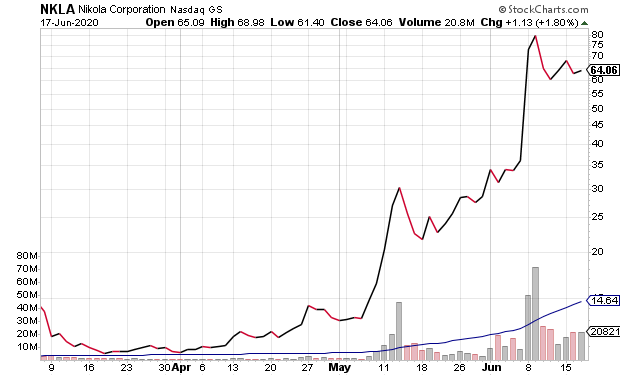 The company has yet to produce a single vehicle. What’s more, it surreptitiously procured $4 million in federal Paycheck Protection Program (PPP) forgivable loans.

Nevertheless, Nikola’s (NKTA) share price has risen more than 500% since the March lows. It is currently valued at a market capitalization the size of Ford (F).

Tesla (TSLA) share price gains have been equally ridiculous. The company has struggled to turn a profit in its decade on Wall Street. It produces one-tenth the number of vehicles as Toyota (TM) and has greater debt woes than Toyota (TM). Still, Tesla (TSLA) is now the world’s most valuable automaker.

Crazy is as crazy does? Keep in mind, this is happening amid a greater recession than 2008’s so-called “Great Recession.”

The S&P 500 fell more than 50% from October of 2007 to March of 2009. And the market required five and one-half years to break even from the economic harm caused by the “Great Recession.” 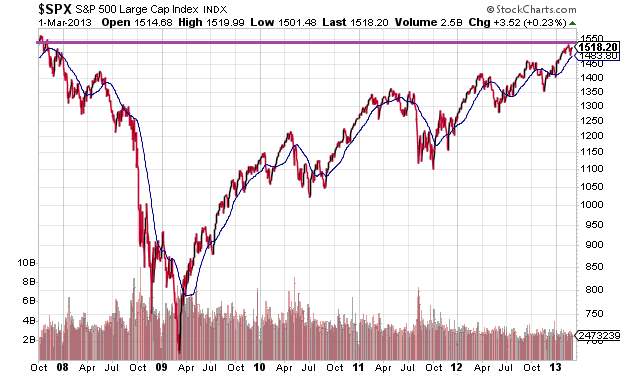 Bear markets of this sort of magnitude are the norm in periods of significant economic contraction. (See the red box below.) 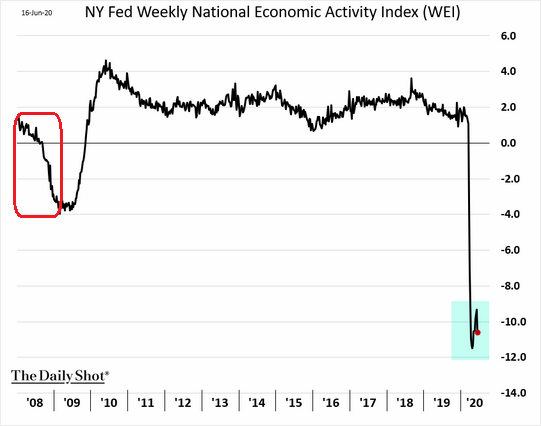 Here in 2020, we have a much deeper recession that will leave scars on the economy for years to come. Yet the Federal Reserve has been remarkably successful in blowing the bubble back up to its pre-pandemic price. In just three months! 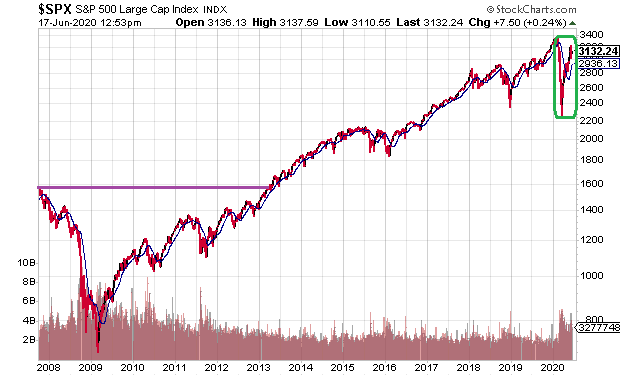 One might shout from the rooftops in an attempt to rationalize the irrational. Yet the stock bubble has, undoubtedly, stopped making sense.