The federal government is reining in its direct payments to households. Similarly, the Federal Reserve intends to reduce its money printing (QE) policies – the same policies that have created the speculative belief that our central bank can permanently levitate stock prices.

Significantly less stimulus is a challenge for the stock bubble. For one thing, natural economic growth is likely to be offset by the considerable falloff in government disbursements. 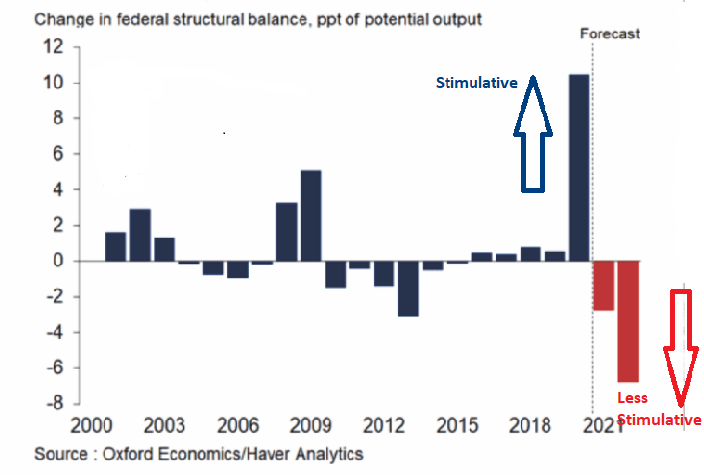 Naturally, there are those who believe that economic activity will thrive going forward. And they may be right… at least in the private arena.

However, the pick-up in activity only supplants the trillions in deficit spending that will expire. A best-case scenario for economic well-being, then, may be tethered to a longer-term trend of mediocrity.

The stock bubble has already decoupled from the longer-term trend of the economy. If the economy merely muddles along, are stocks going to remain disconnected from reality? History suggests that stocks will recouple with our economic growth path. 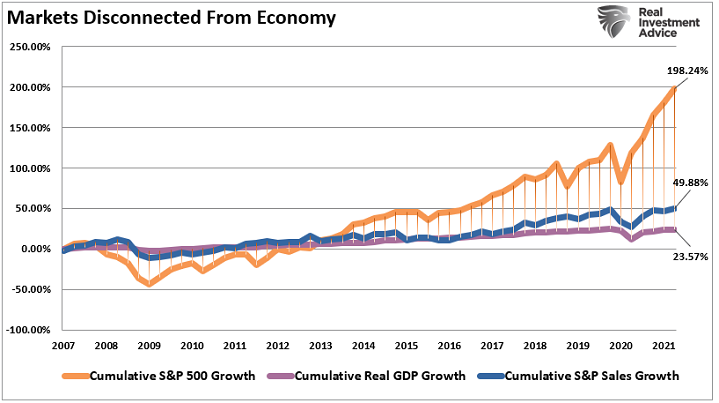 The reversion to the mean for GDP growth might not happen overnight. Yet, lately, stock market internals have been flashing plenty of warning signs.

For instance, half of stocks are showing technical uptrends. The other half are not. The reading of 53% for S&P 500 stocks in a bullish uptrend is near the low for the prior 52 weeks. 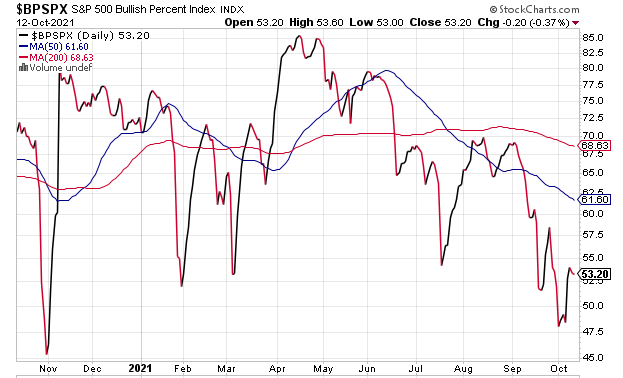 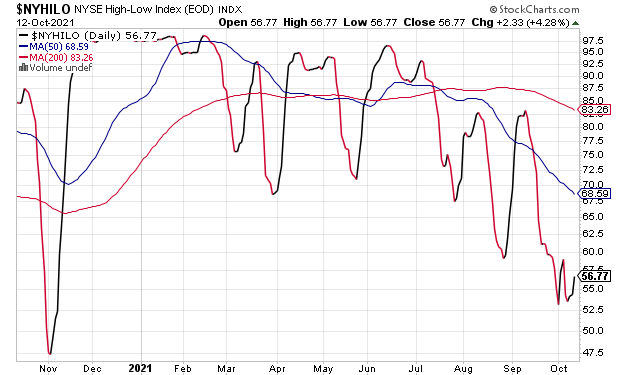 Another market internal that may be rolling over? The volume of advancing securities relative to declining securities has been deteriorating. 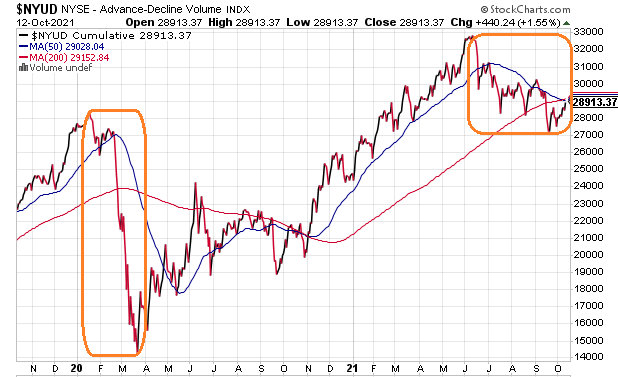 The New York Stock Exchange’s Advance/Decline (A/D) Line is showing weakness as well. There have been as many declining stocks as advancing stocks since June. 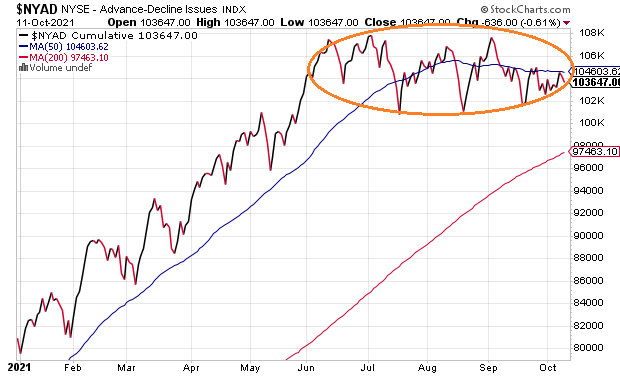 Are the “technicals” implying that the stock market will slip side away? Maybe not.

On the other hand, with stock valuations as obscene as they currently are, one might benefit from having a plan for reducing risk. Otherwise, one may be unwittingly ignoring history. 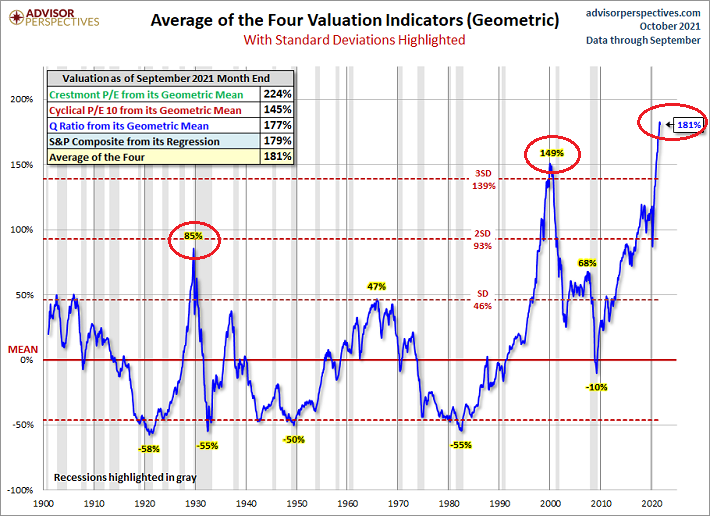 Cryptic Caveats
When More and More Investors Want Out