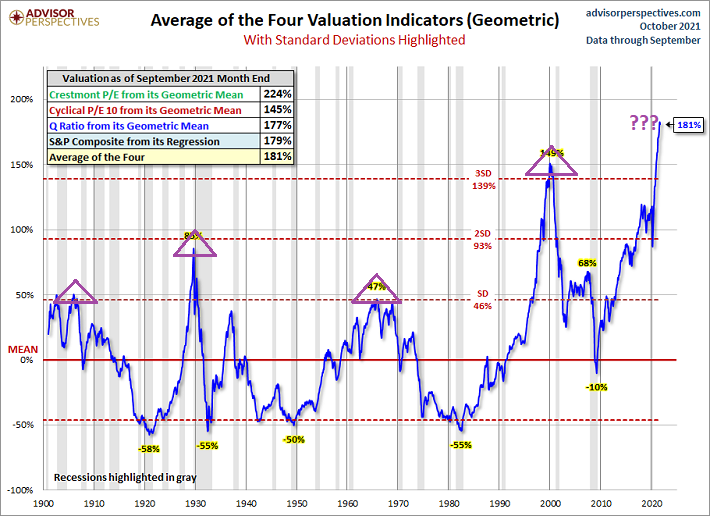 Interesting enough, when one adjusts for inflation, each of the occurrences led to periods of negative returns. Three of them – 1905, 1929, and 2000 — eventually led to 50% price evisceration.

Many characterize 18 years of futility as representing a “secular bear market.” It is also worth noting that stocks erased 50% in value during the 1973-1974 bearish retreat.

Hyper-valued stock pricing has not mattered to the investment community in the 2020s. Some suggest we have attained a “permanent plateau.” Others simply point to the activist nature of the rate manipulating, money printing, bond acquiring policies of the world’s central banks.

By creating money out of the ether to acquire government bonds, central banks have given the investment community a choice. Accept real returns on safer bonds that are likely to be negative. Or, conversely, embrace the rewards associated with stocks while ignoring the risks of severe depreciation. 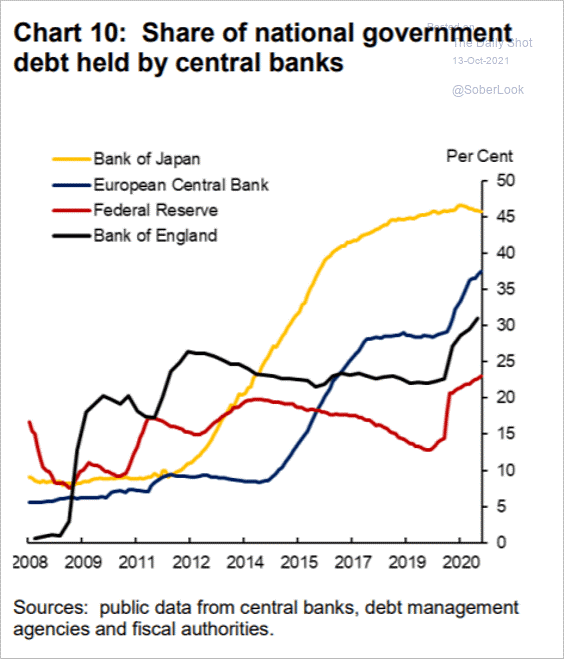 The problem? No matter the extent of central bank manipulation, market participants can still decide that they do not want to play.

The situation is quite similar in real estate. Even though homebuilders have rarely been more optimistic, based largely on limited supply as well as ultra-low mortgage rates, homebuyer confidence has cratered.

Obviously, someone is going to be wrong. On that score, if enough homebuyers determine that the price being paid for property is too rich for their blood, demand will sink. (And so will home prices.) 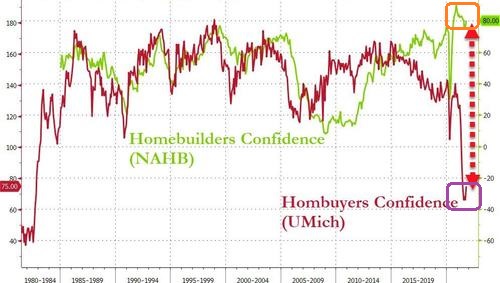 It’s not just homebuyer sentiment that has taken a hit lately. Consumer sentiment sits near the lowest levels since 2011.

Why are the drivers of U.S. economic well-being (a.k.a. “consumers”) so glum? Perhaps it has something to do with inflation that seems to persist, as oppose to fade gently into the night. 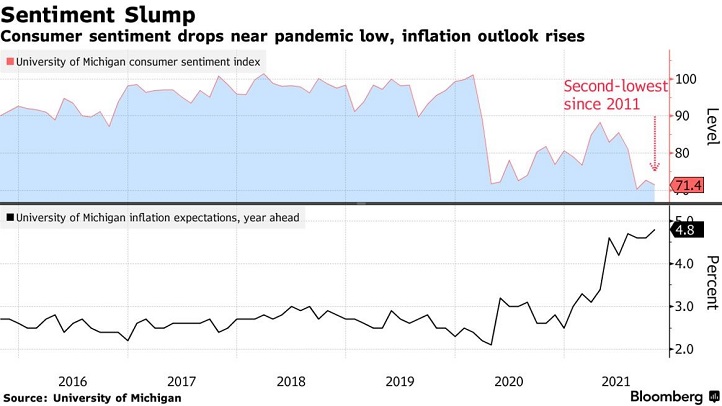 Weakening consumption coupled with inflation would hamper the economy considerably. In fact, there is a real threat of the economy stagnating while inflation takes root (a.k.a. “stagflation“).

What might stagflation do to stock prices? The median quarterly performance for stocks during periods of stagflation are decidedly unappealing. 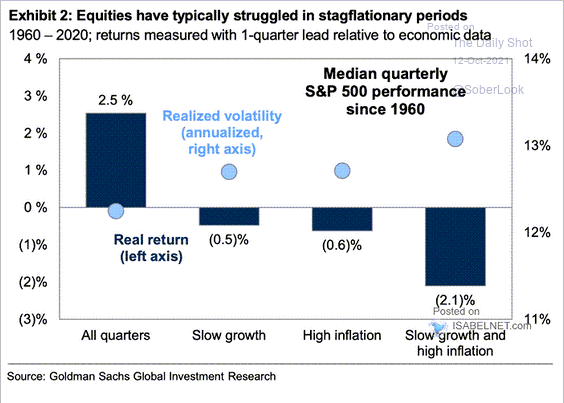 Some world-renowned investors are hedging against inflation, economic challenges, as well as hyper-valued stock pricing with cryptocurrencies. Indeed, bitcoin recently logged yet another record high.

On the other hand, the idea that world governments will leave cryptocurrencies alone seems far-fetched. Recall Franklin Roosevelt’s actions in the 1930s.

The U.S. forced owners to turn in their gold for a fixed price of $20.67. The penalty for violation of this executive order was up to a $10,000 fine and/or 10 years imprisonment.

Can you guess what happened next? The US government immediately raised the price of gold to $35/oz. The action forced former owners of the yellow metal to accept 59 cents on their new dollars. 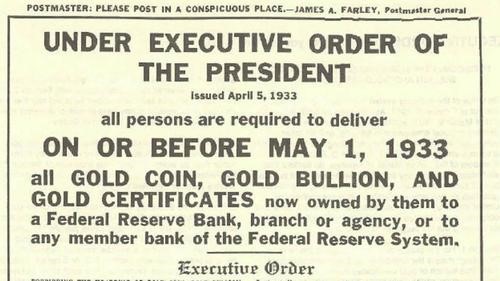 Stocks Disengage from the Real Economy
Slip Sliding Away