In 2008, we learned about the toxic debts on the books of financial firms. And for the most part, those toxic debts were synonymous with mortgage-backed securities.

The financial sector via the SPDR Financial Sector ETF (XLF) weakened relative to the S&P 500 throughout 2008. There was a brief respite in the summertime. However, as the rumblings of Lehman Brothers and other banks/brokerages/insurers grew louder, things began falling apart in earnest. 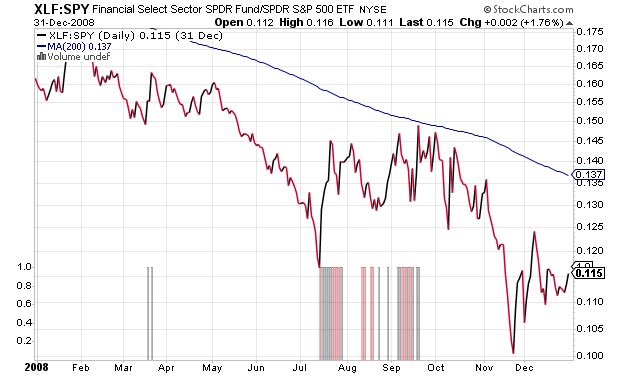 The financial system is, primarily, what makes an economy run. If it is unhealthy, whether it is due to toxic debt exposure or due to a disinclination to lend or transact business, stock investors should take notice.

In a world where…

(1) A large percentage of families will default on home, auto and student loans
(2) A huge chunk of corporations will seek bankruptcy protections and/or debt restructuring
(3) A number of governments, including state, local and foreign/sovereigns, will default

…banks are selling their Treasuries to the bail-out kings at the U.S. Federal Reserve. 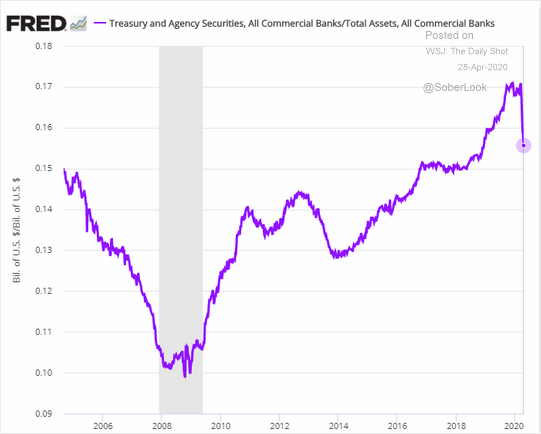 What are they doing with the cash? Hoarding it to cover toxic debts/bad loans.

For that matter, lenders are severely restricting mortgage loans, home equity lines (HELOCs) as well as credit card maximums. In essence, they are prepping for insolvencies. 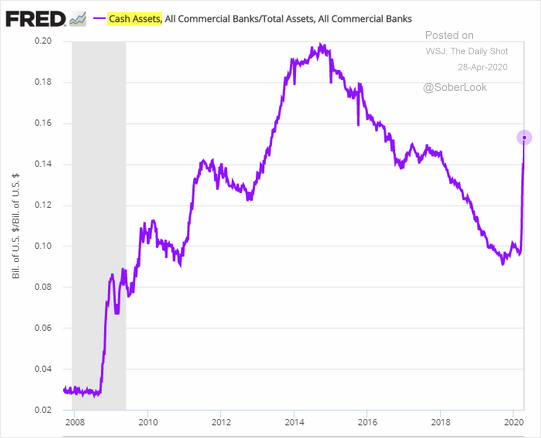 Equally telling? The XLF:SPY price ratio in 2020 shares plenty of similarities with 2008. Despite the S&P 500 recovering three-fifths of what the broader market index lost in its Feb-March descent, financial firms remain definitive laggards. 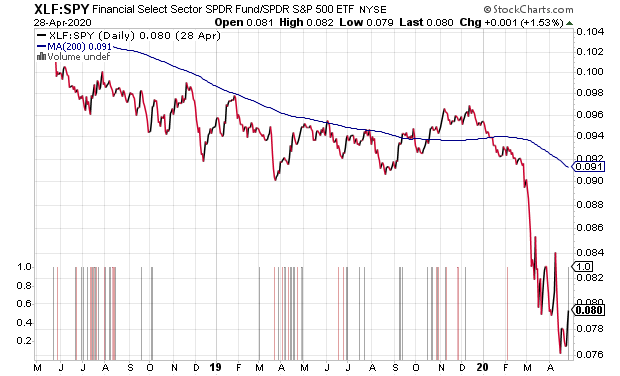 The Consumer Will Not Recover Quickly
When Lenders Tighten The Reins