Since March, the Federal Reserve has rapidly hiked its overnight lending rate in an effort to curtail inflation. It may be working.

However, the more important work to beat back inflation involves removing trillions of dollars from the financial system. Specifically, the Fed created nearly $5 trillion out of the ether during the pandemic for the benevolent U.S. authorities to hand out like candy.

Unfortunately, the Fed has not been keeping its promise with regard to the above-mentioned process known as quantitative tightening (QT). Worse yet, very few in the media talk about it.

The reality? With two weeks to go in August, the Fed has only come down about $30 billion since the start of June. That’s more than $110 billion short of the central bank’s stated intent.

Even if you give the Fed the benefit of the doubt by talking about assets shed from an all-time high, you’re talking about $80 billion over 5 months for an average of just $16 billion per month. No matter how you look at it, in fact, promises are not being kept. 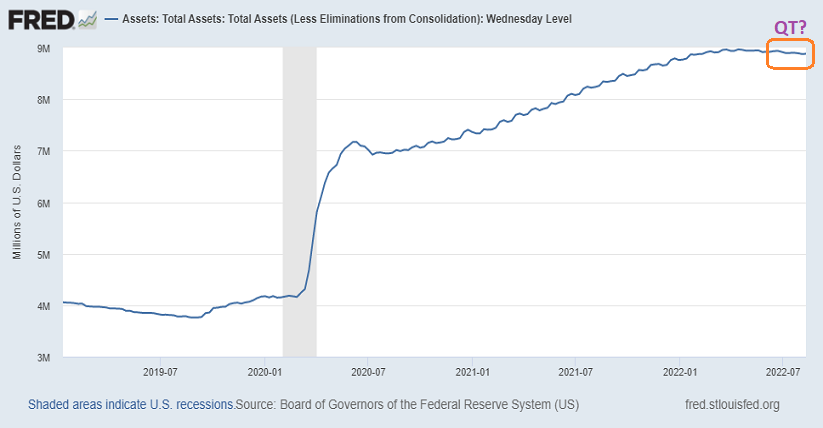 The excess liquidity may be capping bond yields and stoking the stock market bounce. If the Fed suddenly starts to keep its promises, it will go from removing $16 billion per month from the financial system to $95 billion.

How might that change the overly optimistic stock bubble bullishness? 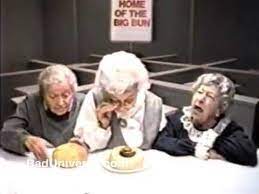 Here is one more way of looking at it. Normally, when companies beat earnings estimates, their stocks go up in value. When they miss, the stock prices tend to fall.

When earnings reports came out in July and early August, however, poor results did not seem to matter as much as they had in the past. Data show that the recent quarter was a pretty significant anomaly. 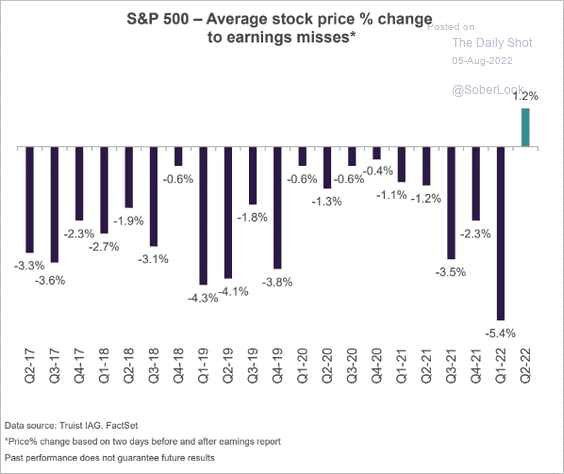 Even meme stock tomfoolery has made a comeback. 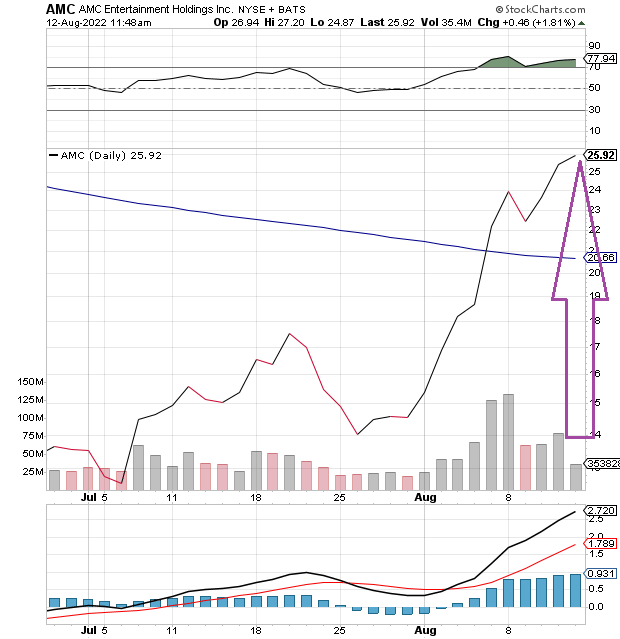 For the moment, then, stock market mania is back in the saddle. Yet if the Fed decides to meaningfully bring down its balance sheet, riders of the hype may find themselves in a world of hurt.

The Next Leg Down
Lies, Bigger Lies, and Economic Data